To share your memory on the wall of Albert Martin, sign in using one of the following options:

Print
Albert Michael Martin age 61 of 232 N Merlin, North Salt Lake City,Utah left this earthly life on July 2, 2020.
He died of an injury sustained in a fall at home.

He enlisted in the Army National Guard January 28, 1982 reporting to Fort Dix. New Jersey. He specialized in Motor Transport and was certified as a Surveyor. He was decorated with an Army Service Ribbon for sharp shooting an M16. He completed his service May 19, 1997.

He was married to Jeanne A Pahl (Martin) and was later divorced. Albert lived and worked in Bountiful, Ut. and various areas of the Salt Lake Valley and Evanston, Wy.

Albert enjoyed being a part of the Bountiful High School Band where he excelled on the trombone. He took that skill to Lagoon where he joyously thrilled the crowds. He loved rodeo and was an accomplished western dancer. He became a Master Carpenter and worked on many houses. He later worked for Bartile roofing with several of his brothers and good friends. He finished his working career at Adesa Auto Auction as a Yard Foreman.

Albert was baptized into the Church of Jesus Christ of Latter day Saints when he was in High School. Albert is preceded in death by his Parents; Ora M Martin Jr. (1998) and Doris E Martin (2011). He is also preceded by several aunts and uncles and cousins. Survived by four brothers, Phillip J. Martin (Irene), William E Martin, Christopher A. Martin (Kathy), Charles A. Martin (Debbie) and their children, and a Sister Violet M (Martin) Clayton (Gregory). He is also survived by his Niece Jamie L Clayton and Nephew Stewart K Clayton and Grand Nephew Kaylum G Clayton.

A Memorial Service will be held for the family (TBD). We wish to thank our Brother William for sharing his home with Albert. We also thank his niece Jamie Clayton for the time she spent caring for him.

We are grateful to Legacy Funerals for their caring service and compassionate, capable staff. God Bless.
Read Less

To send flowers to the family or plant a tree in memory of Albert Michael Martin, please visit our Heartfelt Sympathies Store.

Receive notifications about information and event scheduling for Albert

We encourage you to share your most beloved memories of Albert here, so that the family and other loved ones can always see it. You can upload cherished photographs, or share your favorite stories, and can even comment on those shared by others.

Posted Sep 20, 2020 at 02:25pm
Albert even as he has gone from our lives is still and always with be my brother. when he was working as a roofer he would ask me to help him from time to time. love your big brother Phillip. 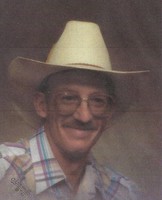