To share your memory on the wall of Alma DeLuca, sign in using one of the following options:

Alma was born on September 12, 1954 in Eagle Pass, Texas to Olga and Mariano Lechuga. She grew up in Eagle Pass, Texas and Gilroy, California. She graduated high school from Eagle Pass High School. Alma married Humberto Johnson on December 26, 1973. They had three daughters, then later divorced October 27, 1982. She married Joseph Charles DeLuca Jr. on June 1, 1985. Together they are the parents of one son and an infant daughter who passed away. Alma and Joseph later solemnized their marriage and were sealed with all their children on March 23, 1996 in the Oakland California Temple.

In her life, Alma filled various employment callings. From being a dental hygienist, childcare worker, preschool teachers’ aide and food service. She enjoyed all her co-workers throughout the years. Her childhood aspirations were to be a flight attendant or a professional dancer and singer.

Alma was an active member of the Church of Jesus Christ of Latter-Day Saints. She held many callings through out the years which included ward mission leader and a gospel Sunday school teacher in the Gilroy, Ca. Spanish branch. Alma had a strong testimony of the gospel and a deep love for her Savior. She loved to dance in the kitchen with the music blaring, study her scriptures, watch old movies, and attend the temple. Above all she loved to be around and spend quality time with her grandchildren.

To send flowers to the family or plant a tree in memory of Alma Rosa DeLuca, please visit our Heartfelt Sympathies Store.

Receive notifications about information and event scheduling for Alma

We encourage you to share your most beloved memories of Alma here, so that the family and other loved ones can always see it. You can upload cherished photographs, or share your favorite stories, and can even comment on those shared by others.

Teresa and Virginia Kent and Oscar Lechuga sent flowers to the family of Alma Rosa DeLuca.
Show you care by sending flowers

Posted Aug 23, 2019 at 09:42am
Liz & loved ones, We are thinking of you and sending immense love and support.With our deepest condolences, your Raiderette sisters Noni, Cherie, & Re

Flowers were purchased for the family of Alma DeLuca. Send Flowers

Posted Aug 22, 2019 at 12:13am
Our sincere sympathy on your loss. You are in our thoughts during this difficult time.

Posted Aug 21, 2019 at 07:13pm
In loving memory of our sister Alma R. DeLuca. May you peacefully rest in our Heavenly Father's Kingdom. Oscar and Rosantina M. Lechuga, and Family.

Large Basket Garden was purchased for the family of Alma DeLuca. Send Flowers

Flowers were purchased for the family of Alma DeLuca. Send Flowers 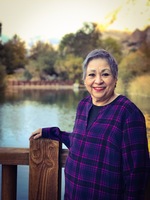 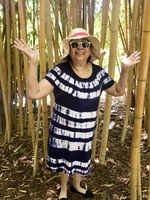 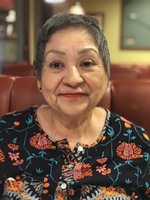