To share your memory on the wall of Anita Hammond, sign in using one of the following options:

Print
On March 25, 2021, Anita Edwards Hammond, 78, passed away in Spanish Fork, Utah. She was born in Salt Lake City on December 26, 1942, to Nolan Leroy Edwards and Wilma Margaret York.

Anita was preceded in death by her Mother and Father, her husband Kenneth, her brother Bruce Edwards, her sister Maureen McCormick, and an infant son, Robbie.

She led a very adventurous life, living across the West in various places, such as Olympia, Washington, Las Vegas, northern Mexico, and Denver, before returning to Utah. She was a member of the Church of Jesus Christ of Latter-Day Saints.

She loved all sorts of crafting, having fun, caring for her cats, and loving her grandchildren. She had a wonderful zest for life and positive outlook. She will be missed by many family and friends.

To plant a memorial tree in honor of Anita Hammond, please visit our Heartfelt Sympathies Store.

Receive notifications about information and event scheduling for Anita

There are no events scheduled. You can still show your support by sending flowers directly to the family, or planting a memorial tree in memory of Anita Hammond.
Plant a Tree

We encourage you to share your most beloved memories of Anita here, so that the family and other loved ones can always see it. You can upload cherished photographs, or share your favorite stories, and can even comment on those shared by others.

Plant a Tree in Memory of Anita
Plant a tree 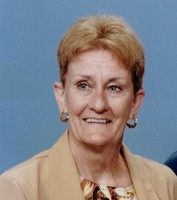 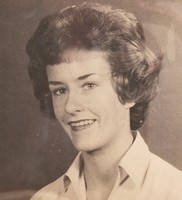