To share your memory on the wall of Anne Peterson, sign in using one of the following options:

Burial will be in Mechanicville, New York.
Read Less

To send flowers to the family or plant a tree in memory of Anne Lucia Peterson (Ricciardone), please visit our Heartfelt Sympathies Store.

Receive notifications about information and event scheduling for Anne

We encourage you to share your most beloved memories of Anne here, so that the family and other loved ones can always see it. You can upload cherished photographs, or share your favorite stories, and can even comment on those shared by others.

Maria L Leyvas and Clinton Prentice and Your family at Property Managment sent flowers to the family of Anne Lucia Peterson (Ricciardone).
Show you care by sending flowers

Posted Dec 11, 2019 at 11:43am
Mama could talk to anyone. She loved to go bargain shopping for clothes. Every time I was with her, she would get so many compliments on her outfits. She would get so excited when she got a compliment. Everything had to match. Mama also enjoyed her food. She loved to cook and took pride on making sure everyone enjoyed her food. Her spaghetti sauce is one of the best I’ve ever tasted. Anne will be missed but the memories of her will be everlasting. Mama was very religious and I know she is in a better place with all her loved ones that had passed away. Her spirit will always be with all of us guiding us through our own journey in life. Mama we miss you already. Rest In Peace. We love you so very much and we know you will be with us always in out hearts. XOXO.
Comment Share
Share via:
MP

Posted Dec 10, 2019 at 10:39pm
My deepest condolences to you and your family. I loved your mom. I'm glad she is resting peacefully now. Love, strength n hugs sent your way.

Your family at Property Managment

Your family at Property Managment purchased flowers and planted a memorial tree for the family of Anne Peterson. Send Flowers 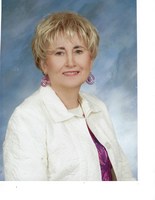