To share your memory on the wall of Beverly Rhodes, sign in using one of the following options:

Bev grew up learning to work hard on their farm in Alpine and attended elementary school in the old red brick schoolhouse along with her twin sister, Bessie. In school, she enjoyed learning, and was especially good at algebra. She discovered at a young age that she had a knack for art, producing numerous sketches, and over 150 oil paintings through the years. She graduated from American Fork High School in the old building where the American Fork Fitness Center now stands. Bev and her twin would often double date and trade places, totally confusing the young men.

Bev and her sister were blessed with beautiful singing voices, and together with four friends formed the Alpine Ladies Double Trio in 1943 and performed at weddings, civic celebrations, funerals and many other occasions.

She worked at Geneva Steel plant during and shortly after World War II driving a shuttle bus for the steel workers. On Valentine's day in 1947 she married Darrel R. Rhodes in the Salt Lake Temple and lived in Alpine, Springville, Orem, Provo, American Fork and St. George, Utah. Their family grew to include Connie, Lynnel, Alan, Jay and Ron.

Along with raising five children, she also worked for many years as a nurse's aide in various hospitals, and was also an assistant physical therapist.

She loved to travel and visited many US states as well as Europe, Mexico, Canada and Hawaii. She loved the outdoors and spent many hours rock hunting and fishing.

Bev also loved serving in the church. She and Darrel served a church mission in Ventura California and they both worked in the Provo temple for 10 years. After he passed away in 1989 in St. George, she continued working in the St. George temple for 15 more years.

Her positive attitude and friendly personality made a difference in many lives, and in later years became "granny" to multiple generations of extended family, and even those outside her family. She is a great example of love and service, and will truly be missed.

A public viewing will be held August 10, 2020 from 9:30 am to 10:45 am at the church located at 240 S. Center Street in American Fork, Utah. Services for Beverly will be held at the same location at 11:00 am and are by invitation only. Interment will be at the American Fork Cemetery.

In lieu of flowers, please consider a donation to the Church of Jesus Christ of Latter-Day Saints Humanitarian endeavor.

To send flowers to the family or plant a tree in memory of Beverly Clark Rhodes, please visit our Heartfelt Sympathies Store.

Receive notifications about information and event scheduling for Beverly

We encourage you to share your most beloved memories of Beverly here, so that the family and other loved ones can always see it. You can upload cherished photographs, or share your favorite stories, and can even comment on those shared by others. 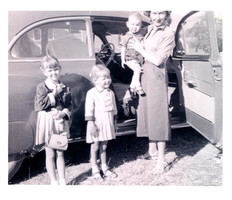 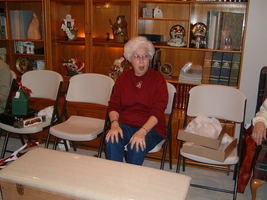 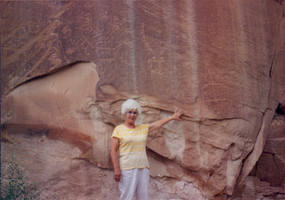 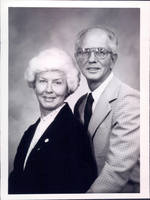