To share your memory on the wall of Brent Hodson, sign in using one of the following options:

Print
Brent Carl Hodson, beloved husband, loving father, grandfather, and dear friend to many, died Tuesday, February 23, 2021 at home with his family having fought a long battle with Parkinson’s Disease.

He was born February 13, 1945 in Ogd... Read More
Brent Carl Hodson, beloved husband, loving father, grandfather, and dear friend to many, died Tuesday, February 23, 2021 at home with his family having fought a long battle with Parkinson’s Disease.

He was born February 13, 1945 in Ogden, Utah to Carl William Hodson and Mae Louise McFarland, the second oldest in a family that would include six sisters and one brother. He grew up in Marriott, Utah and carried the wonderful memories of his childhood on 12th Street throughout his life.

He graduated from Weber High School, proud of his skills in track and wrestling, and finding his love for woodworking and shop class. He said, “I can’t walk past a stick or wood without thinking how it might be used in some future project.” He attended Weber State University and then served as a missionary for the Church of Jesus Christ of Latter Day Saints in the Eastern Atlantic States Mission. There he formed lasting friendships and a love for the beautiful land of Pennsylvania.

He returned home and married his sweetheart, RaeDene Hancock, on February 10, 1967 in the Salt Lake Temple. They recently celebrated their 54th wedding anniversary. They moved to San Francisco in 1968 where Brent did post graduate work in Physical Therapy at UCSF.

Their family expanded to include son Gregory, and daughters Rebecca and Erin.
Greg and Mayumi Hodson are parents to sons Yuuki, Kyler and Kouna. Rebecca and Randy Cannon have sons Taylor (Sophie) and Tanner, and daughters Abbie and Ashlyn. Erin and Matt Jackson have children Daniel, Rachel, and Benjamin. Brent adored his grandchildren and shared many special times with them. Each grandchild knew they were his favorite.

Brent and RaeDene lived in California for 46 years where they loved their frequent trips to Monterey Bay and a special Bed and Breakfast. They made their home in Fremont, where they met special friends that would become family to them. In 2014, after his retirement, Brent and RaeDene moved to Mapleton, Utah.

Next to his family, Brent’s great love was to serve in the Church, which he did in almost every capacity including scouting, Young Men’s President, Elders Quorum President, Bishop, High Council, and Stake President. No matter how big or small the job, from overseeing the building of a chapel to making pine wood derby cars, he loved and needed to serve. One of the most difficult things he dealt with in his last years, was not being able to fully serve in a calling.

Brent’s talents were many. He was a true leader, a gifted Master of Ceremonies at events, a skilled magician, and loved making people laugh. His love and talent for designing and building with wood lasted his whole life. He loved and ate ice cream to his dying day.

Despite his stature, Brent was a giant of a man. What he lacked in size, he made up for in Grit. No task was too difficult and his work ethic was unparalleled. His attitude was, “If it can be done, I can do it!”

His love, humor, and example will live on in the hearts and memories of his devoted family and legions of friends. He has received a new assignment which includes a happy reunion in heaven with his parents, his in-laws Gene and LaVon, his sister Nancy, brothers-in-law Alan and Roger, and other special family and friends.

His wife and children would like to thank iCare Home Health and Hospice for their kindness, care, and support these last weeks.

A viewing will be held Friday, February 26th, 6-8pm, with a family viewing on Saturday February 27th, 9:30-10:30am. Funeral Services for family and close friends will follow at 11:30am at 825 E. Hawks Rest Drive, Mapleton, Utah. Burial will be at the Mapleton City Cemetery.

You may also participate via Zoom https://zoom.us/j/96776888979 or on Legacy Funerals & Cremations Facebook page.

To leave condolences or share memories of Brent, go to www.legacyfunerals.com

To send flowers to the family or plant a tree in memory of Brent Carl Hodson, please visit our Heartfelt Sympathies Store.

Receive notifications about information and event scheduling for Brent

We encourage you to share your most beloved memories of Brent here, so that the family and other loved ones can always see it. You can upload cherished photographs, or share your favorite stories, and can even comment on those shared by others.

With love from Vicki Otting, Alisa Curry, & Alliso, Courtney, and other have sent flowers to the family of Brent Carl Hodson.
Show you care by sending flowers

Posted Mar 01, 2021 at 12:57pm
Remembering the love Brent had for the outdoors and the special time we spent with you in the redwoods. With all our love and deepest sympathy.

3 trees were planted in the memory of Brent Hodson

Posted Mar 01, 2021 at 11:48pm
It was such a pleasure to work with Brent at the Washington Hospital Foundation. He was the consummate gentleman and always supportive and encouraging to his volunteers. When I was President of the Foundation, I knew I could count on him to make me look good. He had a lovely gentle manner and a wonderful sense of humor.

Posted Feb 27, 2021 at 03:42pm
When Deb and I moved into the Centerville Ward in Fremont we felt like we had come home. And much of that feeling was due to the friendship of Brent and RaeDene. Their home and hearts were always open to us and we knew we were loved. I am a better man because of Brent's influence; his sense of humor, his diligence and hard work, and his example of faith. I will always be grateful for the friendship of this wonderful man--and his loving wife. I rejoice in this live well lived and thank God for friends like Brent and RaeDene Hodson.
Comment Share
Share via:
WA

Posted Feb 26, 2021 at 03:46pm
Please accept our most heartfelt sympathies. Our thoughts are with you & your family during this sad time. Brent was the best. Such a loss.

With love from Vicki Otting, Alisa Curry, & Alliso purchased flowers and planted a memorial tree for the family of Brent Hodson. Send Flowers

Flowers were purchased and a memorial tree planted for the family of Brent Hodson. Send Flowers 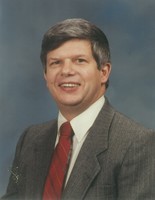 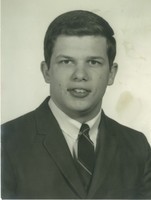 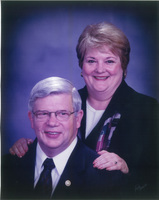 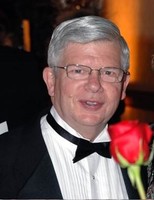