To share your memory on the wall of Dennis Elton, sign in using one of the following options:

Provide comfort for the family of Dennis Elton with a meaningful gesture of sympathy.

Dennis attended elementary school at John C. Freemont Elementary and grew up near the Meadow Brook golf course where there were a lot of interesting and fun things to do. He and his younger brother Michael would do everything together. They developed a strong bond and close relationship, finding all sorts of ways to get into trouble.

His family moved to Alpine, UT at the beginning of 8th grade and was a graduate of American Fork High School. During the time his family lived in Alpine he developed many long lasting friendships and spent a lot of time hiking the foothills with many of them.

He had a great love of music and started attending concerts when he was fifteen years old. He could tell you about any band from the 60's and 70's.

Dennis served a mission in Calgary, Alberta. He made so many friends while serving there.

He was very outgoing and could strike up a conversation with anyone. He had a love for the outdoors, especially fishing. He fished every chance he could get. He truly loved to take his grandchildren.

He Married Stephanie Dunnivan and together they had three children, Melissa, Matthew, and Jeremy and was a father to Daniel and Christopher Sanchez.

Dennis is survived by his Children Melissa and Matthew, three brothers and two sisters, Michael, Ann, Don, Paul, and Cathy, 14 grandchildren and 3 great-grandchildren.

He was preceded in death by his parents, son Jeremy and brother Norman.

Interment will be at Payson City Cemetery on January 31, 2019 at 11:00. Friends and family are invited to attend.
Read Less

To send flowers to the family or plant a tree in memory of Dennis Lynn Elton, please visit our Heartfelt Sympathies Store.

Receive notifications about information and event scheduling for Dennis

We encourage you to share your most beloved memories of Dennis here, so that the family and other loved ones can always see it. You can upload cherished photographs, or share your favorite stories, and can even comment on those shared by others.

Posted Feb 19, 2019 at 11:39am
My sincere condolences on the loss of your dear Mr. Dennis. May strength from God continue to ease your sorrow. 2 Corinthians 1:2-4
Comment Share
Share via:
LB 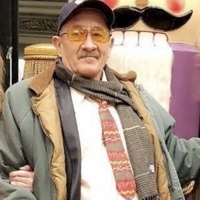