To share your memory on the wall of DeVearl Decker, sign in using one of the following options:

Vearl was born October 29, 1924 to Allen Earl Decker and Vera Elaine Morriss in Salt Lake City, Utah. He moved to California at the age of 5 with his mother and younger sister. At 12 years of age he had to quit school and went to work to support them.

Vearl was inducted into the Army at the age of 19. He served in WWII in Germany as a Foot soldier and Lead Scout. After 7 months of intense fighting he was wounded and spent several weeks in the hospital in France. He was honorably discharged on March 9, 1946. Vearl received the Purple Heart, the WWII Victory Medal, the European African Middle Eastern Campaign Medal, the Good Conduct Medal and the Bronze Star.

To send flowers to the family or plant a tree in memory of DeVearl Clinton Decker, please visit our Heartfelt Sympathies Store.

Receive notifications about information and event scheduling for DeVearl

We encourage you to share your most beloved memories of DeVearl here, so that the family and other loved ones can always see it. You can upload cherished photographs, or share your favorite stories, and can even comment on those shared by others. 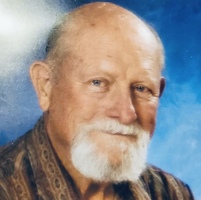