To share your memory on the wall of Donald Dodson, sign in using one of the following options:

Provide comfort for the family of Donald Dodson with a meaningful gesture of sympathy.

Rusty served a mission for the Church of Jesus Christ of Latter-Day Saints in Uruguay and Paraguay (1975-77). He met Sheryl “Shari” Grace Sears in the Washington DC temple, where they were married on May 19, 1978.

His chosen profession was in computers. While attending BYU, he was hired by WordPerfect and became one of the seasoned technologists that stayed in the valley and helped the local tech industry to flourish.

Throughout life, Rusty found his greatest joy in his family, by strengthening his siblings, and raising his children and grandchildren. He would do anything for his family. He has been a father and brother to so many, including 27 foster children. It was not uncommon to find him hushing a baby or snuggling with a grandchild. Dad, we will miss your happy laughter, your quiet talks, and your wonderful hugs.

A viewing will be held at 10:30 AM on Wednesday, June 19, 2019 at the LDS church located at 31 W Maple Street in Mapleton, Utah. The funeral will follow at 12:00 PM. Interment will be Mapleton Cemetery.
Read Less

We encourage you to share your most beloved memories of Donald here, so that the family and other loved ones can always see it. You can upload cherished photographs, or share your favorite stories, and can even comment on those shared by others.

Riley Wilson and Family and Pam and Bill Downer have sent flowers to the family of Donald Kieth "Rusty" Dodson II.
Show you care by sending flowers

Posted Jun 20, 2019 at 10:40pm
Sheri and familty, I am so sorry for your loss and want you to know that I thought the world of Rusty. He was always fun to talk to and so friendly. I learned alot about him from the funeral service and learned to love and respect him so much more from all of the neat talks and remarks from your family. He was such a wonderful example to your children of what a father is and what a neat infulance a father can have on his family. You also are a wonderful mother and you both have been so nice to me and I appreciate your friendship. I know a little bit about loosing a spouse and I know that the Lord blesses us thru these difficult situations. He loves us very much and will help each and everyone of us as we seek His help! May you and your family be blessed thru this trying experience and know that if I can help in any way, Please ask! May the Lord Bless you all, Blaine Ogilvie
Comment Share
Share via:
RF

Posted Jun 18, 2019 at 06:26pm
I first met Rusty in the Missionary Training Center in 1978. He was one of my closest friends in the mission and thereafter. We served together numerous times and had some amazing adventures. Rusty was a powerful missionary and served for a time as Assistant to the President. He had exceptional teaching skills and developed close relationships with the people of Uruguay. At the end of our missionary service I invited Rusty and some other Elders in our group to come back with me to Maryland and visit the Washington DC temple on their way home. Rusty came back with me and I briefly introduced him to another dear friend - Shari Sears. Rusty and Shari later met again in the temple and the rest is history. My favorite Rusty story happened in 2012 when I was serving as mission president in Uruguay. One afternoon a lady came by the mission home and wanted to talk with me. She was very active in the Church and was helping the missionaries out with a ride into Montevideo. She had heard that I had also served in Uruguay as a young missionary in 1977, the year she was baptized. She said she had been looking for years for the missionary who had baptized her and changed her life forever and was hoping that I might be able to help her. She then asked if I knew Elder Rusty Dodson. I said of course I know him and gave her Rusty's contact information. She started weeping and thanked me and again told me how Rusty had changed her life.
Rusty touched so many lives, including mine. I will certainly miss him until I see him again on the other side.
Comment Share
Share via:
DA

Posted Jun 18, 2019 at 01:31pm
May these flowers in some way express our heartfelt condolences. Rusty will forever be cherished and always remembered.

Posted Jun 18, 2019 at 10:23am
Dear Shari and family, We share your sorrow and pray for your peace. We love you all and know your faith will bring comfort.

Flowers were purchased for the family of Donald Dodson. Send Flowers 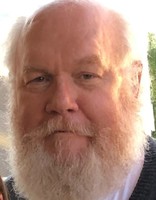