To share your memory on the wall of Fred Richard Stilson, sign in using one of the following options:

Provide comfort for the family of Fred Richard Stilson with a meaningful gesture of sympathy.

Print
Fred Richard Stilson Jr. passed away peacefully, in his home, in Orangeville, Utah, on January 17, 2020, after a 20-year battle with Parkinson’s disease.

Richard was born at his grandmother’s house in Cleveland, Utah, to Fred Richard... Read More
Fred Richard Stilson Jr. passed away peacefully, in his home, in Orangeville, Utah, on January 17, 2020, after a 20-year battle with Parkinson’s disease.

Richard was born at his grandmother’s house in Cleveland, Utah, to Fred Richard and Loa Carlson Stilson. They raised him in Orangeville where he had a colorful childhood running with his friends tipping outhouses, shooting his .22, and locking his dad in the chicken coop, which was the first of many times he escaped near death. His upbringing continued into high school where he continued running track, hunting, horseback riding, and fishing. He graduated from South Emery High in 1961.

He married Connie Box and later divorced. In 1973 he met Carol Dastrup at a church singles dance, danced one dance and was too nervous to get a phone number. He returned to every dance for a long time, anxiously looking for Carol. He finally found her, got her number, and quickly fell in love. Six weeks later, driving his pickup truck, he pulled over and proposed to her. They married in the Salt Lake Temple on June 8, 1973.

As a young man he started into a career of welding and metal work. He worked for the pipefitters union as a foreman, building the Huntington and Hunter power plants. He also worked in Delta on the IPP, where he moved his family for a short time then realized life could never be better than in Orangeville with his family. In a selfless effort to keep the family together in Orangeville, he was blessed with employment as the custodian at Cottonwood Elementary, where he became a beloved friend of every teacher, administrator, and most importantly, each student. He remodeled the building, built many major projects for teachers, watched out for every kid, especially those who needed some extra attention or a good friend, and hated cleaning the classroom with the snake.

He built a shop in his backyard and started a side business "Stilco Welding". Richard continued his welding and metal work, as well as woodwork, throughout his life. His meticulous, always as perfect as possible, handiwork can be seen in hundreds of handrails, metal buildings, fireplace grates, and other projects all over Emery County. He used his extensive construction skills and great desire to serve to build and remodel many of his friends’ and family’s homes. His work was always welcomed and perfect. Even until the last month of his life, you could find Richard in the shop working on a project, usually for someone else.

Time with family was always Richard’s favorite. Fishing, camping, four wheeling, story telling, throwing candy, and sleeping were always better with family around. He truly loved each member of his family, and they knew it. They were all blessed with gifts from his heart and hands in treasure boxes, cradles, cedar chests, swing sets, and rocking horses.

Richard’s activity in The Church of Jesus Christ of Latter-day Saints was a way of life. Carol and his kids often found him in the morning at the breakfast table reading his scriptures. He continually shared the gospel and served others. In his effort to fulfill his dream of serving a mission, he built a company making and selling prairie diamond rings to financially support his grandkids on missions. He served in many callings including bishop, bishopric counselor, and high councilor. He was a humble man who was never comfortable in big callings, but served diligently with his heart.

Richard will be missed and his legacy will be cherished by many. He has been welcomed into the arms of his dad, Fred Richard Stilson and mother Loa Elaine Carlson Stilson, his sister- and brother-in-law Elaine and Clair Williams, father-in-law Doyle Kent Dastrup, and sister-in-law Sharron Stilson.

We encourage you to share your most beloved memories of Fred Richard here, so that the family and other loved ones can always see it. You can upload cherished photographs, or share your favorite stories, and can even comment on those shared by others.

Tyler at Mountain States Lighting and The Baker Fam Damily have sent flowers to the family of Fred Richard Stilson.
Show you care by sending flowers

Posted Feb 04, 2020 at 03:21pm
We are thinking of you during this difficult time. I hope that you can find comfort, please accept my condolences.

Posted Jan 22, 2020 at 09:47pm
I remember Richard eating with my kids on grandparents day at the elementary as their grandparents lived too far away. He is such a kind a wonderful man.
Comment Share
Share via:
HS

Posted Jan 21, 2020 at 10:22pm
Our thoughts and prayers are with you. Aunt Kay Brown, Doug and Valerie Dyreng, Byron and Jennifer Brown and Paul and Michelle Brown

Posted Jan 21, 2020 at 10:14pm
Our thoughts and prayers are with you. Aunt Kay Brown, Valerie and Douglas Dyreng, Byron and Jennifer Brown and Paul and Michelle Brown

Posted Jan 21, 2020 at 10:35am
Byron and Family, Our thoughts and prayers are with you during this difficult time. May you find peace and comfort.

Flowers were purchased for the family of Fred Richard Stilson. Send Flowers 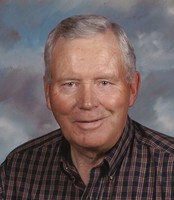 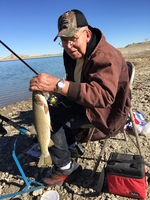