To share your memory on the wall of George Yaccarino, sign in using one of the following options:

George was born on April 20, 1947 at the Fitkin Hospital in Neptune, New Jersey, to the proud parents of Joseph Yaccarino and Mary Louise Maurer Yaccarino. He completed his high school education at Wall Township High. His chosen occupation was automobile painting. In which he excelled greatly. His greatest accomplishments were becoming a family man who worked hard to provide a humble home for his wife and three children. He was a very spiritual dad who was a model of reading the scriptures daily along with his daily bread as a Baptist. On June 19, 2011, George Thomas Yaccarino, learned of the eternal truths that are found in the Restored Gospel of Jesus Christ and entered the waters of baptism, following the example of our Savior Jesus Christ. He was confirmed as a member of the Church of Jesus Christ of Latter-day saints on June 26, 2011. He was a faithful, loving, family man who provided his children with a foundation in the Holy Bible. After becoming a member of the Church of Jesus Christ of Latter-day Saints, George, spent as much time as was his capacity, serving others and teaching these truths.

George enjoyed life and was always striving to make others laugh around him. Even after being paralyzed, rare was a complaint of his complete paralysis of his left side, over two years of a catheter, multiple times in ICU, and dozens of trips to the emergency room, an inability to walk or care for himself. Instead, he chose to strive to bring joy to those around him. He would often tell his daughter that he was praying for her.

George was first and foremost a family man. His other hobbies included bowling, cooking a wide variety of Italian foods, known for his pizza, and he was delighted to attend classic car shows. He enjoyed playing games with his family and watching movies. He was a simple man, filled with love, relied on the Lord, and sought to be a peacemaker to those around him. He was and is a gentle and kind spirit with a desire to follow the Lord.

George was preceded in death by his parents, Joseph and Mary Louise Yaccarino and a granddaughter Stephanie Michelle Yaccarino.

The funeral service will be held at the Sharon 2nd Ward, at 641 South 400 East, Orem, UT at 12:00 p.m., just after the 11:00 viewing. Upon completion of the funeral service, George will be transported to the Spanish Fork Cemetery at 420 S 400 E, Spanish Fork, UT, where his mortal body will be buried.

With the utmost gratitude, we would like to thank the Sharon 2nd Ward for their love and support over the past 4 years of service to assist with the care of my dad, George Yaccarino. In addition, we would like to thank the many caregivers that have touched and blessed our lives, including Clair, McKenna, Tritney, Kjersten, Lauren, Emma, Brittney and many others who gave special attention and love to my dad to improve his quality of life.

To view this service remotely, please go to the Facebook page of Legacy Funerals & Cremations.

To leave condolences and memories of George, go to legacy@legacyfunerals.com
Read Less

To send flowers to the family or plant a tree in memory of George Thomas Yaccarino, please visit our Heartfelt Sympathies Store.

Receive notifications about information and event scheduling for George

We encourage you to share your most beloved memories of George here, so that the family and other loved ones can always see it. You can upload cherished photographs, or share your favorite stories, and can even comment on those shared by others.

with love, Home Instead CAREGivers and Staff sent flowers to the family of George Thomas Yaccarino.
Show you care by sending flowers

Posted Jan 24, 2021 at 03:01pm
My brother George was a kind, caring, and loving soul. I remember him playing softball with female beauties watching him, I always got a kick out of that. I also remember him dancing, doing the shimmy. It was amazing! He would shimmy, till everything in his pockets came out. He had good times with his friends, like Lenny Mateo.He was a comedian and trickster, all in good fun! We all loved George, and he will live in our hearts forever. I know he is with my Mom and Dad, walking around, pain-free in the heavenly gardens of heaven. We will see him in the future when we are called upon by Jesus to join the family
Comment Share
Share via:

Posted Jan 24, 2021 at 01:53pm
My brother George is perhaps the kindest and warmest personal I have ever known. As kids it was amazing growing up as part of the Yaccarino clan. My father, Joe would refer to him as the dancer. Our older brother Major he would call the truck horse and Louie our youngest brother who Pop thought one day would run General Motors was known as L.J . Joe was quite the character and now you know from where Georges great personality came from.
As a young man George was a bowler, boy scout and played drums for the drum and bugle corps with a friend Carl Vetrano. His first car was a 1957 Chevy which he names This Little Piggie which we waxed so much he wore the paint off. To all he was a friend and will be missed.
We ask God to hold him now and love him as we did in this life.
Amen.

with love, Home Instead CAREGivers and Staff

with love, Home Instead CAREGivers and Staff purchased the Blooming Garden Basket and planted a memorial tree for the family of George Yaccarino. Send Flowers 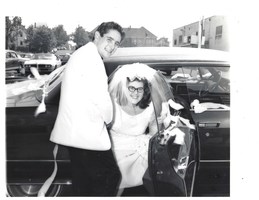 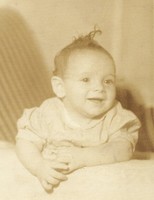 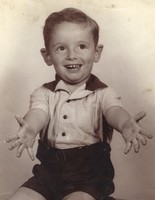 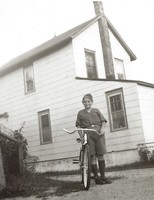