To share your memory on the wall of Henry Evans, sign in using one of the following options:

Provide comfort for the family of Henry Evans with a meaningful gesture of sympathy.

Hap married the love of his life, Janice Dahl on August 28th 1965 in Ocean Township, Monmouth, New Jersey, where Hap was stationed in the military.

He was a Staff Sergeant in the army where he specialized in radio repair - serving in Korea 1 yr 5 ms 20 days and Vietnam 3 yrs 3 months 28 days (2 dd14's) earning several bronze stars in his 12 years. He was OTR Driver for many years and later served as a security officer in Tempe, AZ until his retirement 3 years ago when he came back closer to home.

His passions were cars, computers, electronics and technology in general, not to forget his many cats over the years. He was very active on facebook and loved visiting with family and friends, in person as well as online.

He was preceded in death by his wife Janice Dahl Evans, both of his parents, brother & sister in law, James and Della Dahl, sister-in-law Judy Dahl, and sister-in-law Mary Dahl Lilienthal.

Graveside Services and internment will be held in the Evanston City Cemetery at Noon on Friday May 31, 2019 followed by a private luncheon at his niece and nephews home in Evanston.
Read Less

To send flowers to the family or plant a tree in memory of Henry Robert Evans Jr., please visit our Heartfelt Sympathies Store.

Receive notifications about information and event scheduling for Henry

We encourage you to share your most beloved memories of Henry here, so that the family and other loved ones can always see it. You can upload cherished photographs, or share your favorite stories, and can even comment on those shared by others.

Posted May 30, 2019 at 06:21am
I know Hap for a long time and he was a great man and funny person to and I will miss him so much love you hap
Comment Share
Share via: 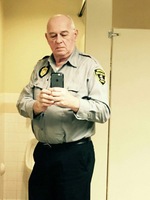 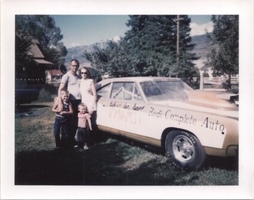