To share your memory on the wall of Janet Merrill, sign in using one of the following options:

Jannet Rae Merrill (née Bridenstine) passed away on October 23, 2020 surrounded by
family who loved her. She was preceded in death by her sweetheart Paul just this
February. Jannet said she felt hollow without Paul by her side. We are comforted to
know that these two lovebirds are reunited and dancing again.

Jannet was born on July 11, 1945 in Modesto, California. She was the youngest of five
children born to Roy Bridenstine, Jr. and Dorma Kirby Bridenstine. Roy and Dorma
each had two older children when they married, making for a large blended family.
Jannet enjoyed her role as the baby of the family.

Jannet spent most of her early years in Modesto, California and Preston, Idaho. In
Preston, Jannet enjoyed the closeness of her Grandma Annie McQueen and her
extended family of older siblings, cousins, nieces and nephews. She was fiercely
proud of her Mormon pioneer heritage and sought to live her life within the gospel of
The Church of Jesus Christ of Latter-day Saints. In Modesto, Jannet found comfort and
stability in the values and programs of the church. In high school, she also found joy
in synchronized swimming—which she loved to tell her astonished grandchildren.

Jannet met Paul Dean Merrill Jr. at Brigham Young University in Provo, Utah. It didn’t
take long for Paul to sweep her off her feet—quite literally, as they loved to dance.
They fell madly in love, and were sealed for time and all eternity in the Salt Lake
Temple. Their love only deepened over their 55 years of marriage and life
experiences together. Anyone who met Paul and Jannet was moved by their love for
each other. Jannet and Paul committed to living a life in the gospel of Jesus Christ, to
establish the kind of stability in their children’s lives that they had not had. Their
love is a testament to their hard work and commitment.

Paul and Jannet raised five kids: Matthew Paul Merrill (of Salt Lake City), Adam Paul
Merrill (of Chicago—married to Cindy Reynolds Merrill), Kelly Merrill Austin (of
Cincinnati—married to Matt Austin), Nathan Paul Merrill (of Queen Creek, AZ—married
to Heather Shore Merrill), and Dana Merrill DeLuca (currently of South Korea—married
to Marc DeLuca). Her children, and especially her sixteen grandchildren, were
Jannet’s greatest joy. As teenagers, her children’s friends would want to come to
Jannet’s house after school because they knew Jannet would talk to them—really
listen to them—and make them a snack, such as homemade cookies. Like the *real*
June Cleaver, according to some friends.

When the oldest of her kids had grown and she and Paul relocated to their beloved Provo,
Jannet started entertaining nieces and nephews and the friends of her children, supplying safe
harbor and love and acceptance—and lots of laughter—to the next generation.

Jannet was an ardent supporter of her five children. She fostered their interests and
supported their hopes and dreams. Jannet said most important goal as a parent of
teens was to preserve the relationship. That way, she would remain friends with her
kids on the other side of those difficult years. Some of her favorite moments in life
were helping her adult kids get settled in homes—stripping wallpaper, painting walls,
refinishing furniture, redecorating and doing their dishes. But her true joy was in
being a grandma—it was her superpower. Her grandchildren cherished her genuine
interest in them and delighted in her ability to find the fun in any situation. Grandma
Jannet was the best at playing games (Uno, Tri-Ominos, Mancala and Scrabble were
favorites) and supplying treats—root beer and pretzels were her go-to snack. And she
showed her love through her sewing projects: she made jean quilts and t-shirt quilts,
quilted teddy bears and baby blankets and bibs—all ways she could connect with and
be part of her grandchildren’s lives when she couldn’t be physically present.

Since Paul’s passing away in February, and especially in the last few weeks, Jannet
wondered about her legacy, what she was leaving behind. She repeatedly asked her
family over the last few years what treasures we wanted from her home—and to
Jannet, everything was a treasure. The grandchildren loved seeing what unique
surprises she’d manage to pack and bring on the plane with her or send in a flat rate
box. On one flight, she brought a box containing a 20-gallon fish tank full of her
clothes, in a box padded with more clothes, just so she could give her grandchildren
the experience of live fish. (The fish were added later.)

But Jannet’s legacy is not in things. Her legacy is in the life she led of love and
service and joy, the example she set. Jannet taught many youth in the church’s youth
programs. She taught youth Sunday School classes. She wrote and directed multiple
road shows—traveling musicals—performed by teens. She quilted—for family and for
service, sewing and donating dozens of quilts to good causes and to new babies. She
loved words and songs—she wrote poetry, and maintained a remarkable memory for
song lyrics, both popular and spiritual.

Jannet was tender but tough. She was resilient—physically, mentally, spiritually.
Jannet never missed an opportunity to help a person in need. When she drove by
someone on a street corner asking for assistance, she would always find a way to give.
And then she’d talk to them. Jannet always made people feel seen and heard,
whether she’d known them for ages or had only just met. This led to many delays on
vacations as Jannet always made a new friend or two while sightseeing, her annoyed
(but secretly proud) children and husband waiting for her in the car.

This is the legacy she leaves behind—a world of love and laughter, of service and
humanity, of faith and beauty. A legacy that her children and grandchildren, family
and friends, and countless others seek to emulate. Jannet’s presence lives on in the
joy we take in living a good life. Of finding happiness in simple things and quality time
together.

In lieu of flowers, please consider supporting FeedingAmerica.org to fight food
insecurity or The Breast Cancer Research Foundation at bcrf.org. Or simply hug your
loved ones, be good to each other, and laugh and love.

Due to Covid-19 precautions, a graveside service is being held for close family. There
will be a virtual memorial service on Sunday, November 8 at 6 p.m. Mountain time.
Contact family members for details.

Condolences and memories of Jannet can be shared at www.legacyfunerals.com
Read Less

To send flowers to the family or plant a tree in memory of Janet Rae Merrill (Bridenstine), please visit our Heartfelt Sympathies Store.

Receive notifications about information and event scheduling for Janet

We encourage you to share your most beloved memories of Janet here, so that the family and other loved ones can always see it. You can upload cherished photographs, or share your favorite stories, and can even comment on those shared by others. 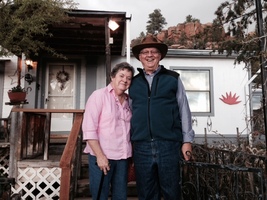 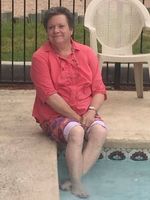