To share your memory on the wall of Jason Wilson, sign in using one of the following options:

​He attended and earned his diploma at Payson High School and attended a few semesters of college before starting his family and settling on a career. He began work at Barlow’s Wood Classics at a very young age and steadily built his resume, starting at the bottom simply sweeping floors. By the end he was a carpenter of unusual talent who was unwilling and unable to accept anything but perfection from his projects. Jake took great pride in the quality of his work and he built many incredibly detailed and high quality cabinets, tables, mantle pieces, and dressers for average and famous Utahans alike, including several former Jazz players.

​Jake was an avid outdoorsman and enjoyed hunting, fishing, and especially shooting with his children and close friends. When fall rolled around he had an unabashed love of the New England Patriots, even and especially Tom Brady and Bill Belichick. In the summer his favorite hobbies were riding his dirt bike or taking his Jeep on trails he had been spending time on since childhood. Jake was very passionate about his friends and enjoyed their company wherever they may have been. Jake was a selfless man who gave and enjoyed giving everything in his power to give, including time, money, or just energy to his children and their families.

​He was married and had two children before a divorce. He fought hard and gained custody of his children whom he raised successfully as a single parent. He is survived by his two children, Tylor and Britney, their spouses Karli and Abraham, and new and only grandchild, Sophia; whom he adored and was able to spend his final days getting to know. He is also survived by his mother Marilynn, sister Amy, and brothers Tony and Paul. He was also loved and appreciated as a father and brother to many he became very close with over the years.

​A celebration of his life will be held at 2:00p.m. on Saturday, September 21 at Kiwanis Park/Beer Can Flat up Payson Canyon; all are welcome to join.
Read Less

Receive notifications about information and event scheduling for Jason

There are no events scheduled. You can still show your support by sending flowers directly to the family, or planting a memorial tree in memory of Jason Lynn "Jake" Wilson.
Plant a Tree

We encourage you to share your most beloved memories of Jason here, so that the family and other loved ones can always see it. You can upload cherished photographs, or share your favorite stories, and can even comment on those shared by others.

Plant a Tree in Memory of Jason
Plant a tree 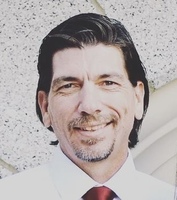