To share your memory on the wall of Jerry Western, sign in using one of the following options:

Jerry Duane Western, 86, of Springville, Utah returned to his Heavenly Father and Savior, Jesus Christ, on December 19, 2020. Jerry was in the company of family when he departed this world.

Jerry Duane Western, 86, of Springville, Utah returned to his Heavenly Father and Savior, Jesus Christ, on December 19, 2020. Jerry was in the company of family when he departed this world.

Jerry was born December 27, 1933 to George Irvin and Lucy (Curtis) Western in Pomerene, Arizona. Jerry’s parents divorced when he was young and Lucy remarried Arthur Chesley. Arthur’s efforts to support his expanded family took them to various locations, including Washington State and Pomona, California, where Jerry graduated from high school. Jerry worked at an auto parts store after high school until he entered the United States Army in October 1956. After basic training at Ft. Lewis Washington, Jerry was sent to Korea where he served 13 months with the transitional force.

Prior to deploying to Korea, Jerry married Joan (Wilcox) whom he had met through his brother, Robert, who was serving a church mission in Joan’s home town, Bridgeport, Nebraska.

After his return from military service, Jerry was hired by the Pomona, California police department. During his 15 years with that agency, Jerry served as a patrol officer, training officer and detective. During this time, he returned to school and obtained a Bachelor of Science in Criminal Justice from California Polytechnic State University.

Hoping for a better environment for his children, Jerry left police work, withdrew his retirement, and bought a small market in Logan, Utah. Unaware that the business records had been fraudulently altered to indicate a successful enterprise, Jerry, Joan, and the family struggled with the store until it was clear it could not be profitable.

Upon returning to California, Jerry, willing to work any honest job, began as a security guard for the General Dynamics company. During this time, he also applied to the Sante Fe Railroad Police Department and was hired. Due to his education, experience, and demonstrated abilities, Jerry quickly rose to the rank of lieutenant.

After retirement from the railroad police, Jerry and Joan moved to Woodland Hills, Utah, back to California, and then back to Utah again, settling in Payson.

Jerry was a High Priest in the church of Jesus Christ of Latter-Day Saints and served in numerous positions including in the High Priests’ Group leadership, ward clerk, and as senior missionaries with Joan at the Kirtland, Ohio visitors’ center.

After Joan’s passing, Jerry moved to the Ashford Assisted Living Home in Springville, UT.
Jerry was preceded in death by Joan in 2018 and by his brothers Gene, Marvin, and Robert and Sister, Verda (Adams).

For those unable to attend, the service will also be live-streamed at the Spring Creek Utah County Mortuary Facebook page, beginning at 11:30 am

To send flowers to the family or plant a tree in memory of Jerry Duane Western, please visit our Heartfelt Sympathies Store.

Receive notifications about information and event scheduling for Jerry

We encourage you to share your most beloved memories of Jerry here, so that the family and other loved ones can always see it. You can upload cherished photographs, or share your favorite stories, and can even comment on those shared by others. 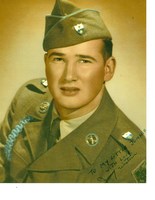 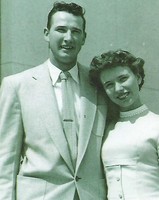