To share your memory on the wall of Joseph Petersen, sign in using one of the following options:

Claine was born at home on Valentine’s Day, February 14, 1925 in Fielding, Box Elder County, Utah to Claudius Niels Petersen and Jane Elma Christensen Petersen. Claine was given the name of Joseph by his grandfather Joseph George Christensen because Claine was the first grandchild, and was also born on his grandfather’s birthday. The first eleven years of Claine’s life were spent on the old Wheeler ranch, that his father leased, in the river bottoms along the Bear River just east of Fielding and south of the Cutler Dam. This lifestyle created a very close and loving family relationship. In the Spring of 1936 Claine’s family experienced difficult times because of the Great Depression so the family was forced to leave the ranch and go to town (Fielding) and live in his great-grandmother’s house.

Claine enjoyed scouting very much and later became an Eagle Scout. At the age of 18, World War II was raging and he was drafted into the United States Navy in 1943. While at boot camp, Claine passed the Eddy Test and was trained in the Navy’s Radio Material Schools and served as a radio technician in the Philippine Islands until his discharge in January 1946.

Following his military service, Claine chose to serve a mission for The Church of Jesus Christ of Latter-day Saints and was called to the Northern States Mission in April 1946. While serving his mission he traveled to Dayton, Ohio to do “country work” to locate lost members. During the trip he stayed for a couple of days at the home of George and Erma Boam. A beautiful daughter of the Boam’s, Irene, was visiting home that particular weekend from Brigham Young University in Provo, Utah and she and Claine became acquainted. Claine asked her to write to him when she returned to BYU. After Claine returned from his mission he attended the University of Utah and began dating Irene. They were married May 25, 1949 in the Logan LDS Temple and began a wonderful loving life together for nearly 72 years.

Claine graduated from the University of Utah with a Ph.D. in organic chemistry in 1956. He worked for the American Gilsonite Company in Salt Lake City, Utah, and in the summer of 1961 accepted a position in the New Products Division of the Textile Fibers Department at Dupont in Wilmington, Delaware. While there, he helped develop and held the patent for the industrial non-woven fabric, Typar.

Following retirement Claine was frequently invited as a guest speaker at asphalt research seminars and conferences, served on numerous occasions as a technical consultant or advisor to government, university, and private organizations. In the Summer of 1991 Claine and Irene moved to Loveland, Colorado. They cherished their time in Loveland, Colorado because of the wonderful loving friendships they formed. Claine called the climate in Loveland the “garden of Eden,” compared to Laramie. In 2015 Irene and Claine moved to Omaha, Nebraska to live with their daughter and son-in-law, Claudia and Brian Stimpson to get the care they needed because of failing health. The Petersens and Stimpsons moved to Spanish Fork, Utah in 2017.

Not only did Claine serve a two-year mission for his church, but served faithfully with a very dedicated spirit in many positions in Young Men’s, Scouting, Bishop, Ward and Stake leadership, and service in the House of the Lord Denver Temple with Irene at his side.

From his autobiography he states, “In spite of all of the satisfying professional experiences and associations that have come to me during my lifetime, the most important, satisfying and lasting experiences have been those with my wonderful, faithful and devoted wife, Irene, and the posterity that has grown from our relationship. As for me personally, all material things must come to an end when I pass from this life, but the relationships that I have built with my family are forever. I must give much credit to my wife for her unwavering faith in, and devotion to, our family and the responsibilities associated with this most noble effort.”

Services for Claine and Irene will be held in Fielding, Utah, by invitation only on Saturday, March 20, 2021 at 11:00 am. For all other numerous loving extended family and friends, the following link is provided for your virtual attendance to the live services.
Join Zoom Meeting
https://zoom.us/j/91745904433?pwd=UExpUGY4eld1NXJDYzZSNlFTcnZrUT09
Meeting ID: 917 4590 4433
Passcode: Irene

To leave condolences and share memories of Claine, go to www.legacyfunerals.com
Read Less

To send flowers to the family or plant a tree in memory of Joseph Claine Petersen, please visit our Heartfelt Sympathies Store.

Receive notifications about information and event scheduling for Joseph

We encourage you to share your most beloved memories of Joseph here, so that the family and other loved ones can always see it. You can upload cherished photographs, or share your favorite stories, and can even comment on those shared by others.

Posted Mar 18, 2021 at 02:05pm
We are grateful for the knowledge that Claine and Irene are together again. The Pratt family individually and collectively have good memories of knowing the Petersens in Laramie for many years. Mom and dad were happy to have become reaquainted with them the short while the Petersens lived in Highland Utah. Our prayers of peace are for all of you at this time.
Comment Share
Share via:
HS

Posted Mar 16, 2021 at 12:58pm
Praying you will feel the peace that passeth all understanding during this difficult time. With deepest sympathy, Donny Kidd and Amber Kidd Stimpson

Flowers were purchased for the family of Joseph Petersen. Send Flowers 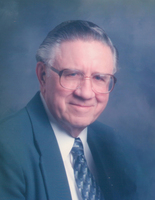