To share your memory on the wall of Keith Ware, sign in using one of the following options:

Provide comfort for the family of Keith Ware with a meaningful gesture of sympathy.

Keith graduated from Central High School in Castle Dale. He served in the Navy during WWII, enlisting at the age of 17. He was stationed on the island of Okinawa near Japan during the war. Keith then went to Utah State University on the GI Bill, graduating with a degree in engineering in 1951. He was among the first organizers of telephone service in Emery County and served as general manager of The Emery County Farmers Union Telephone Association for 39 years until his retirement in 1991. His retirement party was on the day of his 65th birthday, and his 12th grandchild was born on that day, too.

Keith and Diane traveled the country for both business and pleasure. One of their favorite destinations was Hawaii. After retirement they spent countless hours exploring and enjoying the local mountains and deserts. For many years their home-away-from-home was the Little America hotel in Salt Lake City.

Keith was a hard worker, honest, and friendly to everyone he met. He enjoyed spending time with family, working in his yard, reading newspapers, and watching sports – especially the Utah Jazz. His love and concern for his family was a dominant feature of his life. He was a member of the LDS Church and served in various capacities, including the Bishopric.

Keith is survived by his children Stuart (Brenda) of Salt Lake City, Dennis (Tami) of Orangeville, and Jennifer (Jeffrey) Johnson of Orem, 12 grandchildren, and 16 great-grandchildren (with another one on the way). He was preceded in death by his parents; children Douglas, Leslie and Thomas; and brothers Samuel, Bruce, LaVar, and Rue. He was the last surviving Ware of that generation.

Job well done, Dad! We will love you forever. Now, rest in peace.

Keith was buried in the Orangeville cemetery beside his wife, Diane; and near his three children, his parents and grandparents.

Family and friends may sign the online guestbook and share a memory of Keith at www.fausettmortuary.com.
Read Less

To plant a memorial tree in honor of Keith Ware, please visit our Heartfelt Sympathies Store.

Receive notifications about information and event scheduling for Keith

There are no events scheduled. You can still show your support by sending flowers directly to the family, or planting a memorial tree in memory of Keith Ware.
Plant a Tree

We encourage you to share your most beloved memories of Keith here, so that the family and other loved ones can always see it. You can upload cherished photographs, or share your favorite stories, and can even comment on those shared by others.

Posted May 19, 2019 at 11:26am
Regretful to hear about Keith’s passing, though looking back to his accomplishments, it is astounding all he achieved.

There were many who helped start/build what was then; Emery County Farmers Union Telephone Association, Inc. and now; Emery Telcom. Although, no one is more responsible for its initial success and long-term viability than Keith Ware. Keith gave his heart and soul for this Company and it is impossible to convey the business prowess he controlled and the integrity he possessed.

In 1951, Keith’s influence and determination in Washington D.C., secured the 1st loan ever made by the Department of Agriculture’s Rural Electrification Administration to a Telephone Cooperative. This loan, this critical first step and so many subsequent steps taken by Keith thereafter, literally built the foundation for the outstanding company, Emery Telcom is today.

Keith was a statesman, businessman, and certainly a gentleman. Through poise and intellect, Keith garnered admiration from company leaders across the country. Those fortunate enough to work with Keith, had nothing but respect for his abilities. Keith always dismissed the credit due himself and happily placed it on all those around him, this too was one of his most endearing qualities.

Posted May 17, 2019 at 09:58pm
condolences to the family i am so glad i got to know keith he was so very kind to every one and the one best thing i will never for get is he never for got my name and always had a smile on his face i will miss him rest in peace my friend
Comment Share
Share via:
LB

Posted May 16, 2019 at 06:49pm
There is much I could say about both Keith and Diane Ware. Being friends with Leslie, I always marveled how loving and doting they were as parents. What I will remember about both of them would be they were such good,decent ,outstanding people........They realy were.
Comment Share
Share via: 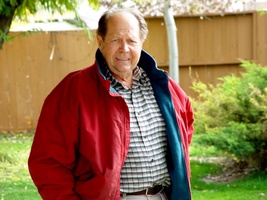