To share your memory on the wall of Kenyon Kirk, sign in using one of the following options:

Born to Debbie Ann Kaletta and Michael "Mickey" Colvin Kirk. Kenyon grew up in Santaquin, Utah. He was the youngest of four and quickly stole the show, winning baby contests and the hearts of everyone in his orbit. As a toddler, he discovered basketball and one accompanied him everywhere and surprised spectators with the swoosh into a random garbage can or imaginary hoop.

Kenyon's father and older brothers passed on their respect for the outdoors. He longed for the moments that would bring camping, hunting, fishing, and cruising on the four-wheeler. He was a skilled trapper at a young age and often mentored older men. He learned to fly fish when the rod was still three times his size. He generously shared his love for shed horn hunting with anyone he could talk into a hike. Kenyon was truly at peace in the outdoors.

Kenyon had a special relationship with his grandparents and enjoyed fiddling in the shed with his Grandpa Bill or helping his Grandma Ruby make Norwegian pancakes in the kitchen.

Kenyon carried on the family tradition of drywall finishing and took pride in his work.

Lately, he could be counted on to show up for his daily Pepsi at the gas station, enjoy a good football game, and he still had that weird obsession with Eminem. He was delighted to teach his youngest nephew to drive a stick shift. That wicked sense of humor that accompanied him everywhere will surely be missed by everyone fortunate enough to truly know him.

Kenyon's death was tragically way too soon. Depression and drugs stole his beautiful loving soul. He bravely fought his addiction holding on for his mom, whom he did not want to leave alone.

Kenyon was preceded in death by his grandparents, Don and LaVois Kirk and William and Ruby Kaletta, his father, Mickey Kirk, his brothers, Josey and Dylan Kirk, and his nephew, Ethen Jack. He is survived by his mother, Debbie, and sister, Shelsee Kirk, and several nephews that all adored him.

"Just promise you'll think of me, every time you look up in the sky and see a star." - Eminem

Due to Covid-19, Kenyon's family will gather to celebrate his life when it is safe again to do so.

Condolences can be offered at legacyfunerals.com.
Read Less

Receive notifications about information and event scheduling for Kenyon

There are no events scheduled. You can still show your support by sending flowers directly to the family, or planting a memorial tree in memory of Kenyon Jerry Kirk.
Plant a Tree

We encourage you to share your most beloved memories of Kenyon here, so that the family and other loved ones can always see it. You can upload cherished photographs, or share your favorite stories, and can even comment on those shared by others.

Plant a Tree in Memory of Kenyon
Plant a tree 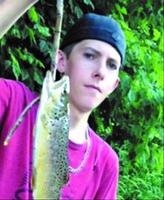