To share your memory on the wall of Kevin Birch, sign in using one of the following options:

Print
Kevin John Birch, age 68 passed away due to a medical incident that resulted in an automobile accident in Santaquin, Utah on Thursday May 7, 2020.

Kevin was born on October 18, 1951 in Fillmore, Utah to Leland John and Georgia Rasmussen ... Read More
Kevin John Birch, age 68 passed away due to a medical incident that resulted in an automobile accident in Santaquin, Utah on Thursday May 7, 2020.

Kevin was born on October 18, 1951 in Fillmore, Utah to Leland John and Georgia Rasmussen Birch. The family later moved to Springville, Utah where he attended school and graduated from Springville High School, Class of 1969, lettering in football and wrestling.

On January 7, 1970 he married Birdena Bird and later they moved to Spanish Fork, Utah. He graduated as an apprentice carpenter in 1975 from Utah Technical College. He had the opportunity to work with his father and brother at Tolboe Construction Co. Some of the buildings they built together included the BYU Marriott Center, Utah Valley Hospital and an addition to The University of California, Berkeley. He then went to work for Howa Construction Co. He excelled as a superintendent while managing the construction of many buildings in the Western United States including a horse race track and casino in New Mexico, a pharmaceutical distribution center in Texas, City Creek and the Wells Fargo Center in Salt Lake City, UT

Our dad loved the outdoors. He created many memories hunting, fishing and camping with his family. We will always cherish the hours he spent playing cards and board games with us, watching Saturday morning cartoons and American Bandstand. Our dad had a great sense of humor with a quick wit. He made people laugh and had a big heart. He always put others first and loved unconditionally.

He is survived by his ex-wife Birdena Birch and their children; MaLesa (Ernie) Hone, Shanon (Nicky) Birch and Misty (Dennis) Webber, 9 grandchildren and 7 great-grandchildren, his siblings, Leslie (Jill) Birch, LaRie (Kevin) Davis and Jay (Sharalyn) Birch. He is preceded in death by his parents Leland John and Georgia Birch.

Dad, we miss you and pray that you are at peace. We want you to know how much we love you and look forward to the day that we can be together again.

Condolences can be offered at www.legacyfunerals.com
Read Less

To send flowers to the family or plant a tree in memory of Kevin John Birch, please visit our Heartfelt Sympathies Store.

Receive notifications about information and event scheduling for Kevin

We encourage you to share your most beloved memories of Kevin here, so that the family and other loved ones can always see it. You can upload cherished photographs, or share your favorite stories, and can even comment on those shared by others.

Sonia sent flowers to the family of Kevin John Birch.
Show you care by sending flowers

Posted Oct 19, 2020 at 05:22pm
My deepest sympathies for your loss. I am sending my Love and Prayers to each one of you and your family members.

Thank you so very much, Debra. Heartfelt gratitude for your love, prayers and thoughtfulness. I know Kevin appreciates it, too. You truly are an angel on earth & have blessed so many life’s. Love & prayers for you and yours.♥️
LB

Posted May 15, 2020 at 01:47pm
I’ll always remember Kevin as a real good Brother-in-law. He did so much to help us with the Springville house. We always visited him to get his advice. He had a good personality .
Comment Share
Share via:

Posted May 15, 2020 at 12:50am
Kevin was a great guy and an awesome neighbor! The kids loved to chat with him whenever he was outside and he was always so kind to bring us over veggies from him garden. He will be missed. Brandi I’m so sorry for you and your kids’ loss, sending all my love to you guys. Condolences to all the other family and friends as well.

Sonia purchased the Peaceful White Lilies Basket and planted a memorial tree for the family of Kevin Birch. Send Flowers

Posted May 10, 2020 at 04:04pm
MaLesa, Shannon and Misty, I was so sad to hear of your dads passing. So many memories of you all across the street from my mom on Sterling Drive. Please give my love to your mom as well. Sending love and prayers your way!
Vernalie Snell
Comment Share
Share via: 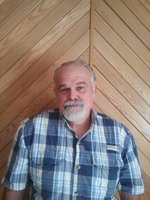 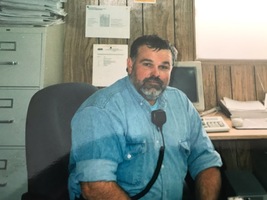 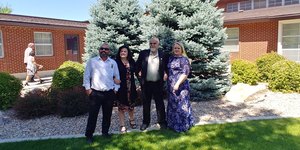 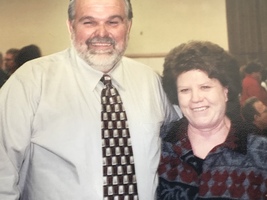