To share your memory on the wall of LaMonte Whitehead, sign in using one of the following options:

Print
Our loving husband, father, grandfather, great-grandfather and brother LaMonte Mangum Whitehead 87 of Spanish Fork passed away peacefully at his home on March 18, 2021 surrounded by family.

LaMonte was born on February 21, 1934 to Leroy ... Read More
Our loving husband, father, grandfather, great-grandfather and brother LaMonte Mangum Whitehead 87 of Spanish Fork passed away peacefully at his home on March 18, 2021 surrounded by family.

LaMonte was born on February 21, 1934 to Leroy Sr, and Phyllis Mangum Whitehead in Nephi, Utah. He married Janet Paxman on September 19, 1956 in the Salt Lake Temple.

He was a member of the Church of Jesus Christ of Latter-day Saints and served a mission in the Northern States.

He attended school in Spanish Fork and graduated in 1953. He served his country in the U.S. Army and National Guard. He worked for Grand Central (Fred Meyers), Nebo School District and a crossing guard for Spanish Fork City.

He was a big BYU and Utah Jazz fan. He loved the Lord, his family and his friends with all his heart.

He is survived by his loving wife Janet of Spanish Fork and his children Barbara (Cordell) Isaacson of Genola, Nadine (Dale) Brickey of Orem, Steven Whitehead, Larry (Desiree) Whitehead, Kurt Whitehead (Jeffrey Scifres) and his brother Phillip (Wendie) Whitehead all of Spanish Fork, 12 grandchildren and 4 great grandchildren. He was preceded in death by his parents, two brothers, one sister and one grandson.

The Family would like to thank Symbii Home, Health and Hospice and son Kurt and Jeff for taking great care of dad until his passing.

To send flowers to the family or plant a tree in memory of LaMonte Mangum Whitehead, please visit our Heartfelt Sympathies Store.

Receive notifications about information and event scheduling for LaMonte

We encourage you to share your most beloved memories of LaMonte here, so that the family and other loved ones can always see it. You can upload cherished photographs, or share your favorite stories, and can even comment on those shared by others.

Kyle Whitehead and Family sent flowers to the family of LaMonte Mangum Whitehead.
Show you care by sending flowers

Posted Mar 23, 2021 at 05:22pm
Our most heartfelt sympathies for your loss... Our thoughts and prayers are with your family during this difficult time. 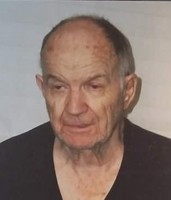