To share your memory on the wall of Larry Bliss, sign in using one of the following options:

Print
Larry Joe Bliss, 73, died peacefully from complications of dementia on Thursday, September 4, 2020, in Spanish Fork, Utah, with his eternal companion by his side.

Larry was born on January 27, 1947 in Payson, Utah to George Ingles Bliss ... Read More
Larry Joe Bliss, 73, died peacefully from complications of dementia on Thursday, September 4, 2020, in Spanish Fork, Utah, with his eternal companion by his side.

Larry was born on January 27, 1947 in Payson, Utah to George Ingles Bliss and Elaine Simpson (Webb). He was raised in Springville and Delta, Utah on a healthy diet of sports and hard work, graduating from Delta High School in 1965. He was blessed with loving, wonderful mentors and employers throughout his teenage years that helped him develop the capacity to show love to everyone he met. After high school, Larry moved to Cedar City to attend the College of Southern Utah (now Southern Utah University) on an athletic scholarship from the wrestling team. While in college he managed a local Hertz Rental Car location and traveled throughout the country retrieving rental cars. He graduated with a Bachelor’s Degree in Business Administration in June 1969, and met the love of his life, Marilyn Twitchell, later that summer. Larry and Marilyn were married on December 26, 1969 in Enterprise, Utah and were sealed in the St. George Utah Temple on July 20, 1972. They made their first home in Cedar City, but quickly moved to Evantson, Wyoming when Larry was given the opportunity to manage a Cornett’s Variety Store.

Over the next 15 years, Larry and Marilyn grew their family to five children and moved to various locations in Utah and California, finally settling down for good in Spanish Fork, Utah in 1982. For the next 32 years, Larry worked as a regional sales manager for Cotter & Company, the parent company of True Value Hardware. In this job, he traveled throughout the western United States, logging nearly 1.5 million miles on the road, but always returned as quickly as possible after each trip to care for his family.

Larry had three great loves in his life: family, faith, and sports. As a young man, Larry played competitive baseball, swimming, wrestling, basketball, and tennis. After pitching two incredible double-header exhibition games against the reigning Little League World Series Championship team, Larry was heavily recruited to move to Arizona and join the team. His family situation at home made this opportunity impossible to accept, so he stayed in Delta and continued to excel in community and high school sports. After he got married, Larry began a remarkable career in amature fast-pitched softball. He led his Cedar City team, Zion Photo, to 75 consecutive wins over several seasons, taking home MVP honors in nearly every season and tournament. Larry is arguably the winningest player in all of Spanish Fork fast-pitch softball history, perhaps in all of Utah. He continued to play softball and basketball until his hips and shoulders gave out in the late 1990’s. At that point, he took up tennis again and played nearly every weekday morning with his friends until dementia set in and he simply forgot to show up. He logged his final sports victory over his two sons in a pickleball match just a few weeks before his death.

Larry was a faithful member of The Church of Jesus Christ of Latter-day Saints. He raised his children to love and follow the Savior of the world. He served willingly in various church callings, setting an example of selfless love for his children and fellow saints. He served as a High Councilor in Spanish Fork and Brigham Young University stakes and as the Bishop of a young married ward at BYU, an experience that brought him immeasurable joy. After retirement, Larry and Marilyn joyfully served a mission together at the Missionary Training Center in Provo, Utah in various branch presidencies.

Larry is survived by his wife, Marilyn; his daughters Nicole (Rick) George, Joey (Jason) Payne, Jami Bliss (Matt Dynan); his sons Cody (Kristy) and TJ (Debra); 24 grandchildren; and 4 great-grandchildren. He is also survived by his two sisters, Judy (Ralph) Stoneking and Jeanne Bliss. He was preceded in death by his parents, George and Elaine, and by his beautiful angel granddaughter, Jada Mortensen.

Larry left his family a powerful and everlasting testimony of faith and love. Anyone who knew him respected and loved him. His kindness and service have left an eternal legacy for his posterity, who will always smile when they remember their beloved Papa Bear. Our hearts are broken, but we know, by the grace of Jesus Christ, in a coming day we will be together again. In the meantime, we will always remember who loved us the most.

In lieu of flowers, please send donations to the Spanish Fork Parks and Recreation Department.

A public viewing will be held beginning at 7 pm on Tuesday, September 8 at 1750 E. 750 S. in Spanish Fork. Social distancing and masks are required for entry into the building. Funeral services will be held at 11:00 am MT on Wednesday, September 9. Because of health department restrictions, in-person attendance at the funeral is by invitation only. The funeral proceedings will be broadcast as a Facebook Live video on the Legacy Funerals & Cremations facebook page at URL - https://www.facebook.com/Legacy-Funerals-Cremations-166874953348457/
Read Less

To send flowers to the family or plant a tree in memory of Larry Joe Bliss, please visit our Heartfelt Sympathies Store.

Receive notifications about information and event scheduling for Larry

We encourage you to share your most beloved memories of Larry here, so that the family and other loved ones can always see it. You can upload cherished photographs, or share your favorite stories, and can even comment on those shared by others.

Elena S Richardson, Dee Ann Holt, and other have sent flowers to the family of Larry Joe Bliss.
Show you care by sending flowers

Posted Dec 09, 2020 at 02:34pm
Bishop Bliss was a wonderful man. I will always remember his kind words and loving spirit when I was in the married ward at BYU.
Comment Share
Share via:
PN

Posted Sep 26, 2020 at 06:51pm
Larry was my mentor and friend as I transitioned into my career at True Value Hardware.

So devout. I'll always think of and remember him as "my guiding light".

RIP, Larry! Thank you for accepting me as I am.

Posted Sep 09, 2020 at 08:27am
Dear Nicole and all of your family. Sending all of our love and praying for you during this difficult time!! Love Kirk and Elena Richardson

Posted Sep 09, 2020 at 07:25am
We loved have the Bliss family in our ward! Many condolences to you family! May You be given love and peace at this time!
Comment Share
Share via:
HS

Posted Sep 08, 2020 at 03:02pm
To Nicole & Family- Sending our most heartfelt sympathies. Our thoughts & prayers are with you today and in the days to come.

Flowers were purchased for the family of Larry Bliss. Send Flowers 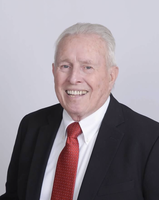 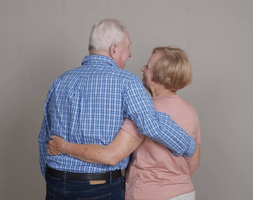