To share your memory on the wall of Leonard Lilienthal, sign in using one of the following options:

Leonard had two sisters and two brothers: Sylvia, Otto Henry Jr., Patricia and Carl. Among the children, Leonard was the second oldest. From a young age he had a deep love for nature and animals, inventions and machines. He was married to Mary Dahl Lilienthal for 9 years and had 4 children and eventually 7 grandchildren. He later married his soulmate and love of his life Jean Barber Flynn (Heineman) on December 10th, 1988 and they shared the next 27 years together until Jean passed in December 2015. Leonard gained another son through marriage and eventually 2 more grandchildren.

Leonard earned a certificate for Television Servicing in 1958 at the age of 20. He was well known as the TV repairman throughout Summit County, Utah and later in Rock Springs, Wyoming and surrounding areas. In 1978 he traded televisions for soda ash and became a safety engineer at FMC Corporation in the bicarbonate division in Green River, Wyoming. While living in Granger Wyoming in the 1990’s, he served as Mayor for two years.

Leonard retired in September 1998, moving to his land in Bluebell, Utah to build his final home and dedicate time to gardening, wildlife watching, loving his several pets, including dogs, cats and exotic birds, tinkering with his many inventions and maintaining all of his cars and equipment, and time with family.

A family memorial will take place later this year.

Receive notifications about information and event scheduling for Leonard

There are no events scheduled. You can still show your support by sending flowers directly to the family, or planting a memorial tree in memory of Leonard Lee Lilienthal.
Plant a Tree

We encourage you to share your most beloved memories of Leonard here, so that the family and other loved ones can always see it. You can upload cherished photographs, or share your favorite stories, and can even comment on those shared by others.

Plant a Tree in Memory of Leonard
Plant a tree 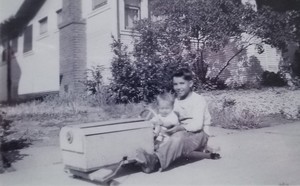 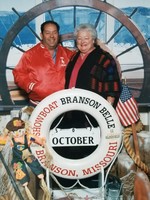