To share your memory on the wall of Marilyn McMahan, sign in using one of the following options:

Marilyn was born on April 5, 1938 in Gilmer, Texas, youngest child of John Wesley and Edna Harmer Robertson, and after 3 years spent the rest of her youth in Los Angeles, California. Marilyn received a Home Economics teaching degree from Brigham Young University in 1959. She married John F. Cowley of Heber, Utah and after their divorce married Robert E. McMahan of Owl’s Head, Maine.

Marilyn lived 82 robustly healthy years, enjoying every adventure that life could offer. She was enthusiastic about trying new things and seeing everything she could in this life. She loved to travel and wanted to see all the world and enjoyed several trips abroad with family. She was a strong and steady presence in the lives of all who knew her, and all who knew her loved her. She was generous with her time and always happy to teach children, grandchildren, great-grandchildren and great-nieces, especially cooking and sewing. She had a way of always being present, even when she was not. Such a calm and happy homemaker, that her children felt she was always there, even though she at times worked two or three jobs to keep them fed or in braces. She was a shining example of making the best of any situation, never complaining even though life was often hard. She always put others’ needs before her own and was true to her word.

Marilyn lived to serve, and showed this by engaging with the Senior Companions program as a caretaker for less able seniors, starting when she was 81. She served in many different capacities within her various LDS wards for all her life, from California to Utah to Maine (and back again). She was always happy to take on new challenges and always gave her very best effort. Her involvement with her church was absolute. It was woven into the fiber of her greatness, and she lived it fully. She made everyone feel welcome and included, no matter their beliefs. She was the very embodiment of acceptance and unconditional love, gently mothering all those she encountered.

Marilyn did very little for herself, and only parceled out the pleasure of reading one chapter at a time, as a reward for completing a chore, even in her retirement. She loved reading so much. She enjoyed sewing or crocheting baby blankets for the grand- and great-grandchildren, and even signed on to sew COVID masks this spring. She was a diligent participant in Family History Indexing.

Condolences can be offered at www.legacyfunerals.com.

To send flowers to the family or plant a tree in memory of Marilyn Robertson McMahan, please visit our Heartfelt Sympathies Store.

Receive notifications about information and event scheduling for Marilyn

We encourage you to share your most beloved memories of Marilyn here, so that the family and other loved ones can always see it. You can upload cherished photographs, or share your favorite stories, and can even comment on those shared by others.

3 trees were planted in the memory of Marilyn McMahan

Posted Aug 11, 2020 at 08:05pm
To my beloved friend and sister in the true gospel of Jesus Christ. Look forward to a hug from you in Heaven. Forever yours. Chrissy and David.

Posted Aug 11, 2020 at 07:33pm
I remember a time long ago when John and I were a couple and Mark and Tracy were a couple. One time we went to John and Mark’s home where Marilyn cooked us some scallops. Oh my, they were sooo delicious! Baked in butter at just the right way and time. I’ve never forgotten about that and think about it every time I eat scallops!
Another great memory was when my husband and I went camping at Camden State Park. We were so suppressed to find that she was the one checking us into the campground!! What was the chance of that happening? Steve and I were late getting back to the campground one night and we didn’t know this was a problem but there was Marilyn, letting us in even though she wasn’t supposed to. All with a smile even though I’m sure she must have been very tired.
She was a wonderful woman and I was so very grateful to be able to be apart of her service through modern technology. Thanks so very much, love to you all ❤️
Comment Share
Share via:
JA

Posted Aug 10, 2020 at 06:29pm
Thank you Marilyn for being such a wonderful mother and grandmother to our family. We love you and miss you. 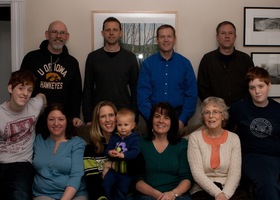 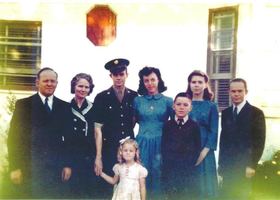 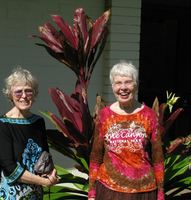