To share your memory on the wall of Marjorie Hess Jones, sign in using one of the following options:

Born July 9, 1929, in Salt Lake City, Utah, the third of six children born to Kenneth William Burnett and Melba Beatrice Brewer. She was a life-long member of the Church of Jesus Christ of Latter-day Saints and honorably served as an emissary of Jesus Christ in the LDS Western States Mission. She and USAF officer Jay Criddle Hess married and while moving frequently to different states and countries, raised five children, whom she dearly loves and who deeply love and miss her.

One of the hardest challenges of her life was managing her home and family by herself for the nearly 6 years her husband was a POW during the Vietnam War. Following his return home, efforts to heal both their wounds were unsuccessful and their marriage ended in divorce.

Through experiencing much adversity, she learned the importance of setting boundaries, moving towards forgiveness, striving to love unconditionally, that everyone is different, and trying to pass along to her posterity the lessons of life and wisdom she acquired. She loved and excelled at music throughout her life and was a former member of the Mormon Tabernacle Choir. She learned to oil paint and loved to grow and enjoy flowers, especially violets and tulips. Her favorite holiday was Valentines Day, which she celebrated year-round with hearts throughout her home.

After decades of living alone, she reconnected with a fellow missionary and later suitor, Rollo Sheldon Jones, who brought happiness and love back into her life, and whom she joyfully married on August 2, 2014, and to whom she was later sealed in the Payson Utah LDS temple.

A family graveside service will be held at the Provo City Cemetery at 1 pm on Saturday, February 6th. A live stream broadcast of the brief service will be available on the Facebook page for Legacy Funerals in Spanish Fork, UT.

To offer condolences and share memories of Marjorie, go to www.legacyfunerals.com

To send flowers to the family or plant a tree in memory of Marjorie Jane Hess Jones (Burnett), please visit our Heartfelt Sympathies Store.

Receive notifications about information and event scheduling for Marjorie

We encourage you to share your most beloved memories of Marjorie here, so that the family and other loved ones can always see it. You can upload cherished photographs, or share your favorite stories, and can even comment on those shared by others.

Sam and Mary Dunn, Clay Conway, and other have sent flowers to the family of Marjorie Jane Hess Jones (Burnett).
Show you care by sending flowers

Posted Feb 07, 2021 at 05:08pm
To the children of Marge Jones: We send you our Love and Condolences at this tender time. We have fond and cherished memories of all of you when you lived in the Bountiful 23rd Ward. Your Mother was a wonderful woman and we are so pleased to know that she found peace and happiness in her later years. We wish we could have visited with all of you at the graveside service. We Love You ! Steve and Lana Barlow
Comment Share
Share via:
SD

Posted Feb 04, 2021 at 06:11pm
My condolences to the Hess, Burnett, and Jones families. I liked aunt Marge, my mother-in-law's (LaRue) sister a great deal - a wonderful lady.

Posted Feb 04, 2021 at 12:28pm
We send our sincere love to the family. We pray that you will find peace and comfort during this time. 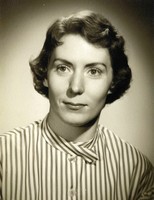 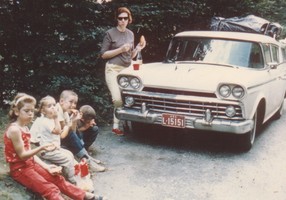