To share your memory on the wall of Paul Merrill, sign in using one of the following options:

Print
Paul Dean Merril, Jr. lost his battle with lung disease on February 26, 2020. He passed peacefully surrounded by his wife and family.

Paul was born in Gallup and raised in the mountains of Ramah, New Mexico. He loved the high desert—t... Read More
Paul Dean Merril, Jr. lost his battle with lung disease on February 26, 2020. He passed peacefully surrounded by his wife and family.

Paul was born in Gallup and raised in the mountains of Ramah, New Mexico. He loved the high desert—the red rocks and cedar trees—landscapes of his youth. Though he returned home to Ramah at other times in his adult life, he always cherished his Ramah heritage.

Paul was born to Daisy Bernice Lambson and Paul Dean Merrill, Sr. on November 6, 1942, their first and only child together. His parents divorced when he was two, and both remarried, giving him a large blended family of siblings, Sue Gray, Jeanette Hauth, Judy Slade, Sonya Heiserman and Scott Merrill. He was raised in a multi-generational home with his grandparents. His grandfather Eugene Lambson remained a primary influence throughout his life.

Paul’s father, Paul Sr., encouraged him to attend New Mexico Military Institute for high school. After graduating from NMMI, he attended Brigham Young University in Provo, Utah. He served a mission for the LDS church in New York, where he developed a love for New York City. Paul received a Bachelor’s and Master’s of Accountancy at BYU. His first job was in Manhattan. Paul commuted to the city by train from New Jersey each morning, after teaching early-morning seminary to LDS teens. Paul was a CPA. Later, he worked as a CEO and CFO of several companies. He worked in the public sector at various companies, as well as for organizations, schools and non-profits that served Native American populations.

After his mission, Paul met Jannet Rae Bridenstine at Brigham Young University, and instantly fell for her. In fact, after four weeks Paul announced to Jannet that he knew she was going to be his bride. They remained the love of each other’s lives for 55 years, having built a loving, strong relationship.

Paul served faithfully in the LDS church in many capacities. He was a deeply spiritual man, always looking to serve God and serve others. Paul loved scouting and earned the Silver Beaver Award for his 25 years of service as a Scoutmaster in LDS chapters of the BSA. He influenced countless youth through serving in the Young Men’s program for the LDS church and through other mentoring programs. He also served as a mentor in his jobs, often counseling and coaching business colleagues.

Paul had a great love for learning and encouraged his children to pursue education and training, as well as ways to contribute in their communities. He was always looking to improve himself through reading and training. Paul’s legacy is a family who values learning and education, and who are each committed to living lives of faith and service. His presence will be missed, but his influence will be deeply felt for generations.

In lieu of flowers, the Merrill family would appreciate donations made toward funeral costs to the Paul Merrill Memorial Fund:

To send flowers to the family or plant a tree in memory of Paul Dean Merrill Jr., please visit our Heartfelt Sympathies Store.

Receive notifications about information and event scheduling for Paul

We encourage you to share your most beloved memories of Paul here, so that the family and other loved ones can always see it. You can upload cherished photographs, or share your favorite stories, and can even comment on those shared by others.

Ernestine and Family and Scott R Merrill sent flowers to the family of Paul Dean Merrill Jr.
Show you care by sending flowers

Posted Mar 07, 2020 at 08:43pm
I grew up with Paul Dean in Ramah,NM . Sorry to hear of his death. My sympathies to his family. We had a lot of fun together. I have eaten many hamburgers in the Daisy Malt Shop cooked by either his mother Daisy or his grandfather Gene. Although we lost contact over the years I will always remember our younger days in Ramah. Garth Bond of Lakewood, Co.
Comment Share
Share via:
HS

Flowers were purchased and a memorial tree planted for the family of Paul Merrill. Send Flowers

Ernestine and Family purchased the Serenity Wreath for the family of Paul Merrill. Send Flowers

Posted Mar 02, 2020 at 12:10pm
Sent with love in memory of our beloved brother. Thank you Jannet for your endless love for Paul Dean. Sonya Heiserman, Judy Slade and Scott Merrill 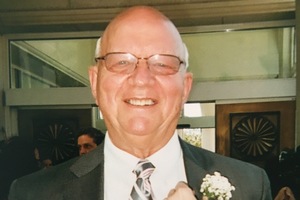 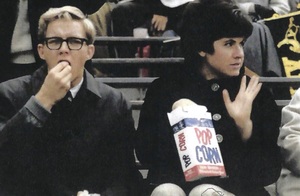 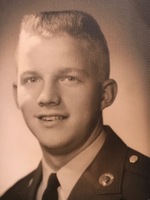