To share your memory on the wall of Robert Ellis, sign in using one of the following options:

Robert Ellis, our dear friend and brother, was quietly released from his earthly cares in the early hours of Friday May 21, 2021 in American Fork, Utah. During his final days he was surrounded by loving family and frien... Read More
Robert Adam Ellis

Robert Ellis, our dear friend and brother, was quietly released from his earthly cares in the early hours of Friday May 21, 2021 in American Fork, Utah. During his final days he was surrounded by loving family and friends as he waved his final goodbye. Robert was preceded in death by his parents, Robert and Vivian Ellis, as well as two brothers, Lee and Kennith Ellis, and one sister, Lois Connley. Still living are two sisters, June Hood and Bonnie Hodge, and a brother, Harold Ellis.

Robert was born in Price, Utah on June 12, 1947. He lived most of his younger years in Payson, Utah where he was well known and loved by neighbors. Robert truly enjoyed being playful and talking to anyone and everyone. He wasn’t too afraid of strangers. Born with disabilities, he was schooled for many years at the Developmental Center in American Fork, Utah, starting at the age of 12. Later, he lived with his brother, Kenneth, until the opportunity came for him to live more independently in a group home setting with roommates and friends. Robert cared about spending time with people and developed long term friendships with many of his caretakers. You knew if you were special to Robert because he had a cool way of making his feelings known. There were some of you who he would regularly say “I love you” to. As loveable as he was towards everyone, this term of endearment seemed to be reserved for the select few who stuck around long enough to earn that special place in his heart. He just didn’t seem afraid to express love to his people and went out of his way to let you know it.

Robert’s employment at Central Utah Enterprises (CUE) started in October 1975 and he developed close friendships with many of his job coaches there. He worked various jobs including the Lawn crew, laundry, and even worked in an enclave in the dish room at Timpview High School. In 1981 he worked at Cobblestone Restaurant in Payson. When Robert had the option to retire, he didn’t want to leave CUE, so he decided to keep going to work a few days a week. He really enjoyed his time at CUE and noticeably loved his people there.

It could be said that the greatest love affair of Roberts life was soda POP… PepsiCola, if given the choice! He would spin any angle he could to win himself a pop! His date with the soda machine at CUE was the highlight of his day.

Robert had a great memory, and had a knack for remembering people, no matter how distant the acquaintance, he would remember you and greet you with great excitement and enthusiasm. He loved it when people would come visit him and looked forward to it. He loved going fishing, camping, and was always eager to go on vacation. He enjoyed big trips to Mt. Rushmore, Canada, but was happy with going just about anywhere on vacation with the friends he loved.

Robert spent many hours of his quiet retirement roaming around on Lani’s farm. He loved the dogs there, especially Josie. He would lay on the front lawn with the dogs out in the sun as though he had already made it to heaven. He really just loved all dogs and they loved him.

To our always clean shaven, Johnny Cash lovin’, proud of being a “cheap ol’ man!”... Robert ol’ boy, you will forever be missed and remembered. Thank you for letting us love and care for you. It was an honor.

Robert will be remembered at a graveside services in Payson City Cemetery on Thursday, May 26, 2021 at 11am.

To send flowers to the family or plant a tree in memory of Robert Adam Ellis Jr., please visit our Heartfelt Sympathies Store.

Receive notifications about information and event scheduling for Robert

We encourage you to share your most beloved memories of Robert here, so that the family and other loved ones can always see it. You can upload cherished photographs, or share your favorite stories, and can even comment on those shared by others.

Posted May 27, 2021 at 12:04pm
Rest in peace my sweet friend Robert! It was such a pleasure to know you and to work with you for over 30 years at CUE! You are probably up there chasing women and having a cold pop! Heaven gained an angel! Hope to see you again someday! Love, "old woman" as you affectionately called me, Sheree Garner ❤❤❤
Comment Share
Share via: 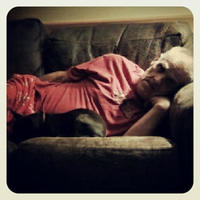 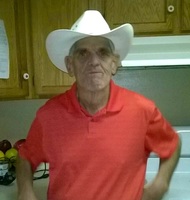 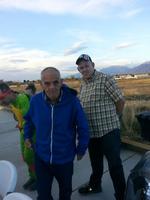