To share your memory on the wall of Robert Pendray, sign in using one of the following options:

Robert Douglas Pendray (80) of Salem Utah passed away peacefully in his home on March 19, 2021 surrounded by family.

Robert Douglas Pendray (80) of Salem Utah passed away peacefully in his home on March 19, 2021 surrounded by family.

Robert was born on April 28th 1940 to Robert and Christine (Johnson) Pendray in Nephi Utah. Robert graduated from Orem High school and attended some college but quickly pursued his dream of owning his own company and began Pendray Homes and Pendray Construction. He was very successful in his career as a home builder and served as President of the Utah State Home Builders Association as well as the Utah County Home Builders Association.

Robert and his brother Jim spent several years in Delta Utah building homes as well as the Pendray Plaza Motel, theater, bowling alley, restaurant, and office building. Bob also built hundreds of homes throughout Utah including, St. George, Beaver, Moab, Orem, Provo, Salem, Payson and more. Robert Pendray’s homes won several Parade of Homes throughout his years as a home builder. His name will forever leave a legacy in the state of Utah.

Bob adored his children, grandchildren and great grandchildren. He loved the outdoors and looked forward to packing up his horses and wagon and going hunting every year with his kids and grandkids. He also loved taking his family to Lake Powell sometimes up to three times every summer.

Bobs biggest weakness was definitely Disneyland. He and Nan held season passes and would go to Disneyland every chance they got. (Even without the grandkids!) Bob and Nan also loved loading up their motorhome and taking road trips all over. But their favorite destination was La Jolla beach in San Diego. Together, they would sit for hours watching and listening to the ocean waves crash on the cliffs below. Bob and Nan’s lives revolved around their family and he will be truly missed by all.

Robert was preceded in death by his wife Nan Black Pendray, his parents Robert and Christine Pendray, his brother Jim Pendray, and his granddaughter Celene Hancock.

Graveside Services will be held at Salem Cemetery on Saturday March 27, 2021 at 11:00 am. Please join us at Legacy Funerals & Cremation Facebook page where the service will be live-streaming.

To leave condolences and share memories of Bob, go to www.legacyfunerals.com

To send flowers to the family or plant a tree in memory of Robert Douglas Pendray, please visit our Heartfelt Sympathies Store.

Receive notifications about information and event scheduling for Robert

We encourage you to share your most beloved memories of Robert here, so that the family and other loved ones can always see it. You can upload cherished photographs, or share your favorite stories, and can even comment on those shared by others.

Posted Mar 28, 2021 at 05:23pm
I first met Bob and Nan over 15 years ago when we purchased our property from them, just north of their home They became our good friends. I can still hear Nan's hearty laugh and have enjoyed weekly visits with Bob since her death. They were "salt-of-the-earth" kind of people and I adored them both. My week has been interrupted without my visit with Bob, but it makes my heart happy to know that he is with his sweetheart, who he has missed fiercely since the day she passed. What a joyful reunion!
Love, Cristy Simons
Comment Share
Share via:
WL

Posted Mar 25, 2021 at 12:05pm
I met Bob & Nan in the mission for our church where they served for a year. Bob's job was mostly the "Car Guy", taking care of the vehicles for the missionaries. I remember his little white dog that he loved so well. I will miss you Bob. He was a great guy and a good friend.

Posted Mar 25, 2021 at 09:07am
Bob was a great mentor. I worked for Bob both in Orem and in Delta. He had a great understanding of the building trades and was a great teacher of how to get things done. I learned much from Bob (and Jim) about how to do things the right way. After starting my own business I came to respect the things Bob did even more. We remained in contact over the years and I'm grateful for the chance to be associated with him. I'm sure he will enjoy being back with Nan. Thanks for all you have done for me. Gary Hoglund
Comment Share
Share via:
SC

Posted Mar 24, 2021 at 03:05pm
I'm sorry to hear about Bob's passing. I had the privilege of working for him when he was in Delta and loved every minute of it.
He was a great boss. My condolences to his family.
Shim Callister
Comment Share
Share via:
KC

My condolences to the family of Bob Pendray. I came to know Bob (and Nan) years ago working as an electrician wiring many of Bob houses in Provo and Orem, etc. Bob was an honest and fair General Contractor that expected others to perform their work correctly just as he did in the work that he did. He was always respectful towards me, even though at the time I was fairly new in the trades. He was a good man. 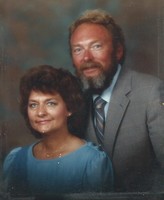 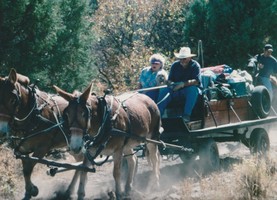 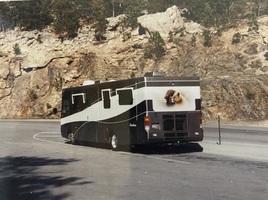