To share your memory on the wall of Ronald Taylor, sign in using one of the following options:

In 1957, his parents moved to Salem, Utah and it became a permanent, beloved home to Ron.
He graduated from Spanish Fork HIgh School in 1973. Upon graduation he received an
apprenticeship in welding and later became a union welder with the Plumber and Piperfitters
local 140. He mastered the trade and owned his own welding rig. He continued this profession
until his health no longer permitted it. Ron ran a cattle ranch for several years in Daniel,
Wyoming. Ron also owned and operated Deserts Edge Outfitting. Ron loved nature and
especially the mountains. He was an avid hunter and was grateful for the privilege he had to
hunt in Utah, Wyoming, Colorado, British Columbia, the Yukon, and Alaska. Ron loved to tell
stories from his many life experiences. He loved adventure in the mountains on a horse. The
last day of his life was spent with his favorite people - his family gathered at Panguitch Lake in
his favorite place, the Mount Dutton Range.

Ron loved people. Once you became his friend, you were a friend for life. Ron held a special
place in his heart for children and babies. His favorite thing was tight squeezes around his neck
from his grandchildren. (He had a tendency to think all children belonged to him).

Ron married GaNene Carson on December 6, 2002. They were sealed in the Manti Temple on
September 17, 2009. This was a turning point in Ron’s life. He learned to love Jesus Christ and
His Gospel and loved being a student of truth. His favorite calling was working at the Payson
Temple in the Baptistry.

Anyone who knew Ron saw a man who faithfully endured to the end. He was patient in
long-suffering. He was tender and sweet and full of gratitude for any kindness given him. His
rough edges truly became polished with the challenges of life. He loved deeply and was deeply
loved.

Ron was preceded in death by his parents and granddaughter Taisley Taylor and grandson
Wade Ron Taylor.

Due to Covid-19 restrictions a viewing for the immediate family will be held Thursday June 25th
at 10:30 a.m. with Funeral Services for immediate family at 11:00 a.m. at the Mount Loafer Stake
Center 1129 S 250 W Salem.
Graveside services open to all friends and family at 12:00 p.m. at the Salem City Cemetery.

To send flowers to the family or plant a tree in memory of Ronald Carey Taylor, please visit our Heartfelt Sympathies Store.

Guaranteed hand delivery by a local florist
SO

Flowers were purchased for the family of Ronald Taylor. Send Flowers 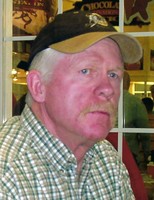