To share your memory on the wall of Ronald Thomas, sign in using one of the following options:

Ron worked in the explosive industry for over 40 years. He wo... Read More
Ronald Dennis Thomas returned to live with his Father in Heaven February 1, 2020. Ron was born in Northampton Pennsylvania June 3rd, 1949 to James and Genoveffa (Jean) Thomas.

Ron worked in the explosive industry for over 40 years. He worked very hard and was dedicated to his craft. His tenure in the industry brought him many awards and the respect of his colleagues. His occupation allowed him to travel the world and make many great friends. His travels always brought great fun and many interesting stories he loved to tell.

Ron owned a red 1964 Volvo which led him to the love of his life Virginia, who owned a green 1968 Volvo. They were married April 26, 1980. Together they had four children, adopting a fifth into their family several years later. Their children have blessed them with 13 beautiful grandchildren. They were sealed for time and all eternity in the San Diego Temple on June 22nd, 2004.

Ron had many hobbies he enjoyed in the little spare time he had. He loved to golf. Spending time with family and friends on the course was something he tried to do any given weekend. Living in Utah helped feed his love for skiing. Taking his wife and kids up to the slopes brought many fond memories. Though it didn’t bring any trophies or grand photo moments, he still loved to fish. Fishing brought him peace and moments to ponder. He also loved the stars. Teaching people about the constellations, bringing out the telescope to look at the planets, and watching the meteor showers always brought a smile to his face.

His family is what made his world turn. He cherished his lovely wife and wanted her by his side, making new memories. Side by side they traveled the world, including recent trips to Italy, Paris, Switzerland, China, and Hawaii. He was never shy about expressing himself, speaking his mind, or far behind with a wiseguy comment or two. Watching his sports teams was a way for him to unwind and get wound up all in the same afternoon. He loved the Jazz, Flyers, the Utes, the Yankees, and the Philadelphia Eagles, who made him proud with a 2018 Superbowl win. There would be more championships on the list if they would have just listened to him through the TV. There isn’t a person he interacted with that wasn’t instantly drawn to his personality, he influenced everyone he met.

Ronald is survived in life by his wife Virginia, their children Shaney (Rand), Corinne (Joseph), Diane, Jordan (Chelsey), Rachel (Charles), their 13 grandchildren, his siblings Linda, James, Telene, Sally(Linken) and Deb (Don). He was preceded in death by his father, James, mother Genoveffa, and sister, Connie.

For a long time our church family has emphasized doing small acts of service for one another. Mother Teresa once said, not all of us can do great things but all of us can do small things with great love. We are truly grateful for the acts of kindness we have received over Ron’s long and protracted illness. Truly, none of these things were small to us. We would like to thank Dr. Esplin and his team, whose compassionate and exceptional care extended his time with our family.

To send flowers to the family or plant a tree in memory of Ronald Dennis Thomas, please visit our Heartfelt Sympathies Store.

debbie and paul laskody, John & Ellen Capers, and other have sent flowers to the family of Ronald Dennis Thomas.
Show you care by sending flowers

Posted Feb 17, 2020 at 06:17pm
I once worked for Ensign-Bickford Limited (Canada). Ron was a great guy. I had the utmost respect for him. I am very sad. My deepest condolences.
Comment Share
Share via:
AC

Posted Feb 13, 2020 at 01:12pm
I know that Ron would like this. My this tree have a long life in memory of Ron. And may we all carry our happy memories of Ron forever in our hearts.

Posted Feb 13, 2020 at 12:39pm
Dear Virginia and family,
Ron touch my life and made me a better person. There was a time when he was a brother to me. And eversince then I have always kept him ever present in my mind. Ronnie touch me as he touched many others in his lifetime and there are so many of us, that are so, going to miss him. Know that you are all in my thoughts and that I cared about Ron his family, his life.
Rest in Peace Ron, l will be seeing you in a little while.
Your old friend,
Allen

P.S. Thank you for being a mentor too me, and sharing such great moments in my life!!

Posted Feb 05, 2020 at 09:35pm
Ron had a wonderful sense of humor and was a very caring man. He was truly a brother to me. Our prayers continue for the Thomas family.

Posted Feb 05, 2020 at 09:32pm
My prayers and thoughts are with you and your family. Truly a great friend from the explosives industry, we had many fun times during conferences. 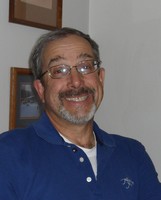