To share your memory on the wall of Ronald Warner, sign in using one of the following options:

Print
Ronald Henline Warner loving father, brother, friend passed away May 6, 2021 from a sudden heart attack. He was surrounded by his loving children.

Ron was born June 9, 1965 to Reed Hodson Warner and Alma Bernice Henline. He was the young... Read More
Ronald Henline Warner loving father, brother, friend passed away May 6, 2021 from a sudden heart attack. He was surrounded by his loving children.

Ron was born June 9, 1965 to Reed Hodson Warner and Alma Bernice Henline. He was the youngest of 6 children and was a bonus child for his parents. Ron attended schools in Spanish Fork and graduated from Spanish Fork High School in 1984. After graduation Ron enlisted in the United States Army. While he was stationed in Denver, Colorado working as an operating room specialist he met his wife Vannesa Sharon Lawton. They were married in April 1987 and started their family.

Ron was a US Army Veteran with nearly 23 years of service in both the regular Army and Utah Army National Guard. Ron was a mentor to many and served his community throughout his lifetime. He was a healer. Ron was very accomplished during his military career receiving numerous decorations, medals, service ribbons and expert marksmanship awards. He was trained in the medical field taking many courses of which he always excelled. While he was stationed in Germany from 1990 to 1993 he worked as an emergency room surgical assistant and operating room specialist. After serving 6 years active duty Ron received an honorable discharge. He and his family returned to Spanish Fork where he enlisted in the Utah National Guard and he continued to serve his county until he received an honorable discharge in 2012.

While he was serving in the National Guard he also worked for Trojan Explosives. At the time of his death he worked as Chief of Operations for Strider Security. Ron always went the extra mile in his work.

Ron’s last act was volunteering with his softball team, made up of folks recovering from various health problems who he was coaching, working with, encouraging and mentoring.

Ron loved his free time and enjoyed all types of activities including, camping with the family and riding ATV’s. He began playing softball on the Sober Softball League Team Swurve on Friday nights and also on Wednesday nights on the City league during the summer months. He took up bowling with his daughter Amanda (who of course was his “favorite” daughter) during the winter months. Ron enjoyed the time he spent with the Spanish Fork Riding Club and helping at the rodeo during Fiesta Days. Ron got interested in listening to audio books and if you couldn’t find him he was holed up in his room with his head phones on drinking his beloved Mtn Dew, engrossed in a book. He loved spending time with his children Brandon, Justin and Amanda and Justin’s little girls Octavia and Blakely.

Those who were lucky enough to interact with Ron got to experience his dry wit and humor. He always had something to say and usually got the last word in.

Ron is preceded in death by his wife Vannesa Warner, parents Reed and Alma Warner, and his brother Bradley Warner who passed away on the same day 32 years ago.

Ron will be truly missed by all those who knew and loved him.

A Celebration of Life will be held on June 12, 2021 at the Canyon View Park in Spanish Fork, Utah from 6:00 pm - 8:00 pm for close friends and family. The American Legion will be conducting military rights at 6:30 pm. A light meal will be provided. The address is 3300 East Power House Road at the Jaycees Pavilion

There are no events scheduled. You can still show your support by sending flowers directly to the family, or planting a memorial tree in memory of Ronald Henline Warner.
Plant a Tree

Posted May 28, 2021 at 10:30am
With sympathy and love to our dear childhood neighbors, the Warners. We are deeply saddened at the lost of Ron. Love, Becky, Dave & Linda Isaac 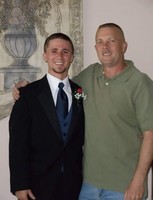 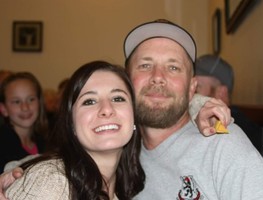 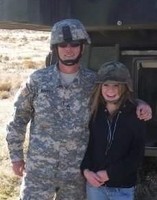