To share your memory on the wall of Seamues Ramos, sign in using one of the following options:

Seamues was born in Torrance, California on June 16th, 1966 to his surviving mother, Freda, and father, Jose. Seamues grew up primarily in West Valley City. He was the oldest of six children. Seamues was truly the best older brother. His siblings will forever treasure the memories of raiding neighborhood cherry trees, sneaking into hotel water slides, and riding motorcycles.

He married Laurie in 1990 in Payson, Utah. They made their home in Santaquin, Utah where he has thrived for the past 26 years.

The precedent of Seamues’ proclivity of being stoic in nature was set at a young age. Others could do the majority of the talking while he primarily watched, observed, and executed. There are those fortunate enough to have seen a side of Seamues, in his formative years, that displayed his uniquely witty humor and love for engaging activities such as skateboarding, snowboarding, water skiing, dirt biking, and especially boating. His love of nature was surely adopted by his children, as he always made time to take them along on his many adventures.

Lake Powell served as his paradisal refuge. Over the years, he reveled at the opportunity to share his love of the lake with family and friends. This was, indeed, his happy place!

Seamues also had a natural talent for art - of the canvas, paper, and of the body. Seamues loved bodybuilding. He competed as a young man, building an impressive foundation to be continually built upon until his final bout in life began. He inspired a great many people with his physical prowess, a result of his unwavering discipline displayed in multiple facets of his meaningful life.

Seamues touched many in the course of his career in the industry of manufacturing and design of containers and packaging. He started his career at Longview Fiber (now known as West Rock) in 1993, making his way into leadership positions while leaving a subtle but profound impact on the lives of those he worked with. He was later recruited to a local Utah company, Wasatch Container, playing a pivotal role in the company's success by managing the company operations, the lifeblood of any company.

Seamues strived to be a good man. He often rooted for the underdog. He held out a hand to those in need, and protected those who lacked the confidence or ability to stand up for themselves. While many people flaunt their good works for recognition, Seamues would act out good deeds, never wanting any recognition. He was a true exemplar of what it means to be humble.

Warren Buffet has said, “I measure success by how many people love me”. Using this as a measure of success, it can undoubtedly be said that Seamues lead a successful and meaningful life. He will be missed by those who had the opportunity of knowing him, more than words can possibly describe.

All Family and Friends are welcome to come to the services. To view the service remotely, go to Legacy Funerals Facebook page.
Ramos Service

To send flowers to the family or plant a tree in memory of Seamues Jose Ramos, please visit our Heartfelt Sympathies Store.

Receive notifications about information and event scheduling for Seamues

We encourage you to share your most beloved memories of Seamues here, so that the family and other loved ones can always see it. You can upload cherished photographs, or share your favorite stories, and can even comment on those shared by others.

Donald, Una & Louise, Dan & Lea Moriarty, and other have sent flowers to the family of Seamues Jose Ramos.
Show you care by sending flowers

Posted May 08, 2021 at 12:55am
Sending our heartfelt condolences to the Ramos family. You are all in our hearts. Love and hugs, Dan & Lea Moriarty

Posted May 07, 2021 at 06:36pm
Laurie, Caden, & family, So sorry for your loss. Seamues seemed like such an amazing person! My thoughts & prayers continue to be with you all. 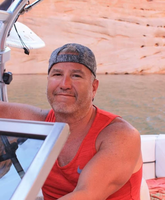 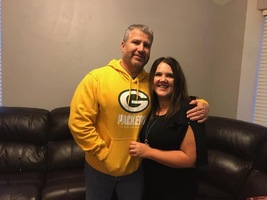