To share your memory on the wall of Sidney Smith, sign in using one of the following options:

He served an LDS mission in Columbia South Carolina. He then met and was sealed to his first wife, Priscilla D (Smith) Rutledge in the Salt Lake City Temple. Together they had five beautiful children: Bethany, Ethan, Ian, Lianna (deceased), and Julianna. Sidney was currently married to his loving wife Trindy (Olson) Smith, and was stepfather to Treyton Olson. A favorite activity of his and the children was to go through his amazing Pez Collection and sort and categorize them.

He was preceded in death by his sweet daughter Lianna and his loving parents Legrand and Louise Smith. He is survived by his sister, Tracy (Paul) Woodbrey, brother Steven Smith and several Nieces and Nephews who adored him. Sidney was an avid supported of the Semicolon Project, and he would want people to know that if you're in a crisis situation there's help available at the National Suicide Prevention Hotline 1(800) 273-8255.

We plan on holding a celebration of his life which will be announced at a later date. Condolences may be given at legacyfunerals.com
Read Less

Receive notifications about information and event scheduling for Sidney

There are no events scheduled. You can still show your support by sending flowers directly to the family, or planting a memorial tree in memory of Sidney Lee Smith.
Plant a Tree

We encourage you to share your most beloved memories of Sidney here, so that the family and other loved ones can always see it. You can upload cherished photographs, or share your favorite stories, and can even comment on those shared by others. 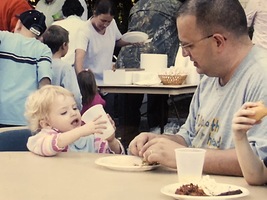