To share your memory on the wall of Steven Marquardt, sign in using one of the following options:

He was devoted to his church callings and served in many capacities. As a young man he served from January 1966 to May 1968 in the North German Mission, a counselor in the Bishopric & Stake Presidency and later with his loving wife Carla in the Salt Lake City Temple Mission for the LDS Church for 5 years.

Steven was born in Salt Lake City, Utah to George William Marquardt and Bernece Louise Johnson on September 7, 1946. The family lived in the Sugarhouse area until the early 1950’s when they moved South to the Fort Union area where he met some of his lifelong friends, “The Creek Road Gang” as he liked to call them. The events that unfolded over the next few years instilled a sense of adventure that fueled a desire to live life to the fullest and travel all over the world, visiting all 7 continents. His passion for traveling continued up until the moment of his passing.

Steven was smitten by his eternal companion, Carla Murdock, at a young single adult dance at the Terrace Ballroom on June 19, 1969 and they were sealed for time and all eternity on September 12, 1969 in the Salt Lake Temple, Salt Lake City, Utah. They recently celebrated their 51st Anniversary at Coulter Bay, WY. They were blessed with six angelic children who never gave them a day of grief.

Due to limitations of the COVID pandemic, the family has decided to hold a graveside service at Memorial Redwood Mortuary & Cemetery, Wednesday November 25th at 11:00 am. For those unable to attend, the service will be available via Facebook link: Legacy Funerals & Cremations of Spanish Fork. We would also like to encourage everyone to share a story or message on the available platforms as we are sure there are yet many stories to be told.

To send flowers to the family or plant a tree in memory of Steven William Marquardt, please visit our Heartfelt Sympathies Store.

Receive notifications about information and event scheduling for Steven

We encourage you to share your most beloved memories of Steven here, so that the family and other loved ones can always see it. You can upload cherished photographs, or share your favorite stories, and can even comment on those shared by others.

Posted Nov 27, 2020 at 11:51am
So sorry Karla to hear of Steve's passing. May you feel of Father's love and peace as you go through this sad but important part of our earthly journey. You and yours are in our prayers. Love Ted & Linnita Proctor
Comment Share
Share via:
L

Posted Nov 25, 2020 at 12:51pm
Steve and I shared some very special times as we served together, thoughts, prayers, and actions which brought us closer to the Savior. No matter the issue, the call, whatever it was Steve was always there to provide. His testimony of the Savior was strong, as I witnessed in our work together. I shall miss him, but know we will again share time together. The Marquardt Family has and will forever be etched in my memory.
Comment Share
Share via:
LP 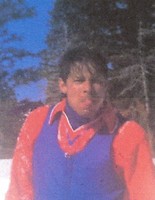 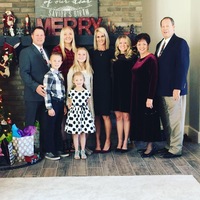