To share your memory on the wall of Susan McGiven, sign in using one of the following options:

There is an old song by the country band, Alabama, called Angels Among Us. The chorus of this song says. "I believe there are angels amon... Read More
Susan Linda White McGiven, age 74, passed away peacefully on October 11, 2020 in Springville, Utah.

There is an old song by the country band, Alabama, called Angels Among Us. The chorus of this song says. "I believe there are angels among us, sent down to us from somewhere up above. They come to us in our darkest hours to show us how to live, to teach us how to give, to guide us with a light of love." Susan Linda White McGiven was one such angel sent down by our Heavenly Father to share light and love in everything she did.

Susan was born to Steven and Georgia White on April 28, 1946 in Santa Monica, California. She was the oldest of four children. The family moved around quite a bit during her early years living all over the United States, finally settling in Mountain View, California. She graduated from Awalt High School and attended Brigham Young University.

She met her husband, Gary McGiven in 1960, the two were high school sweethearts. The couple were married in the Oakland California Temple on June 11, 1966, and together they welcomed eight children. They started out family life in San Jose, California and then moved to Orem, Utah, where they lived for more than 20 years. They spent their later years in Springville, Utah.

Susan was a woman of many talents. She was a great lover of music. She played both the piano and the guitar but her favorite form of musical expression was singing. She was a member of several choirs over the years including the Chauntenettes of Orem, Utah. As a young mother she also developed a talent for folk art (Tole) painting. There were several of her creations displayed in the family home over the years. While these talents brought much joy into her life, the role that truly defined her as a person is that of a servant. She served in many capacities over the years both within the Church of Jesus Christ of Latter-Day Saints and in her community, but her crowning "achievement" aside from raising her family, came in 2012 when she called to serve in the Hawaii Honolulu Mission, fulfilling a lifelong dream.

Susan was a friend to many and had several wonderful relationships that she enjoyed. She and Gary enjoyed traveling and doing things with their friends often. She also opened her home to many of her children's friends and became a second mom to many.

She was a devoted wife and mother and a fixture at numerous ballgames, wrestling matches, orchestra and choir concerts and plays. She was her children's and grandchildren's biggest fan, fiercest advocate and her family's North Star. Her shining example taught us the way we should live. She taught us to be generous in all things, to be humble and kind and she showed us every day how to love. We all have many cherished memories and her influence in our lives has been profound but her most enduring legacy is that of pointing of her family and everyone she knew to Jesus Christ.

To send flowers to the family or plant a tree in memory of Susan Linda "Susie" McGiven (White), please visit our Heartfelt Sympathies Store.

Receive notifications about information and event scheduling for Susan

We encourage you to share your most beloved memories of Susan here, so that the family and other loved ones can always see it. You can upload cherished photographs, or share your favorite stories, and can even comment on those shared by others.

Teresa Welton and Teresa Guerrero, Joanna Lam Anderson Family, and other have sent flowers to the family of Susan Linda "Susie" McGiven (White).
Show you care by sending flowers

Teresa Welton and Teresa Guerrero purchased flowers and planted a memorial tree for the family of Susan McGiven. Send Flowers

Posted Oct 16, 2020 at 07:10pm
Sue was my second mom. We were at her house all the time because she always had plenty of food and she genuinely liked us. She even laughed at our jokes. I always felt so welcome. I even wrote Sue while I was on my mission and she wrote back. She even let me stay with them when my family had moved to California. I’m just so grateful for her generosity. Her legacy lives on through her amazing family.

Posted Oct 16, 2020 at 11:38am
An incredible mother, a wonderful second mother; truly an amazing woman. She will remain in our hearts forever.

Posted Oct 15, 2020 at 12:03am
I am thankful to have meet such a beautiful special person. You will always be in my memories and prayers.

Posted Oct 14, 2020 at 11:40pm
We are so saddened by the loss of your sweet mom. Our lives are richly blessed because of her faithful example and generous heart. Sending our love.

The Yocum family purchased the Your Light Shines for the family of Susan McGiven. Send Flowers 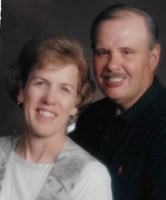 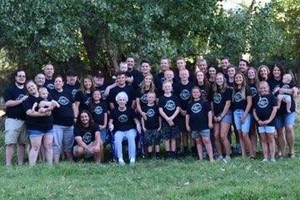 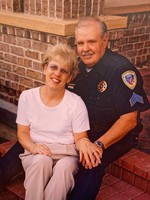