To share your memory on the wall of Tamara Daybell, sign in using one of the following options:

When Tammy was 13, she moved with her family to Springville, Utah. She was an excellent student, and she played the drums and clarinet in the Springville High School Band. She was the Yearbook Editor her senior year. Most of all, she was known for her friendly smile and kindness to everyone. Tammy shared a love of books and reading with her family. She created her own library lending books to her siblings with actual library cards and fines when they weren’t returned on time. She loved classic musical movies and learned the songs and words, then she and her siblings would reenact them. Hilarious!

During the summer following her freshman year at Brigham Young University, she met Chad Daybell. They quickly fell in love and were married on March 9, 1990 in the Manti Temple. While Chad continued his schooling, Tammy supported the family by working as the secretary for Springville’s Parks Department. As part of her job, she typed thousands of handwritten burial records into a computer database. This helped spark her interest in Family History, which later would become her favorite hobby. Throughout her life she submitted more than 100,000 names for temple ordinance work. She even managed to teach her computer-challenged mother to learn and join in the gathering of family history – a miracle!

After Chad graduated and took a job in Ogden, Utah, Tammy became a full-time homemaker and mother as their family began to grow. She loved her children deeply and encouraged them in countless ways. She often took the children to the public library and helped them develop a passion for reading. The family returned to Springville, where Tammy later became the computer teacher at Art City Elementary.

Tammy was a computer genius who also had a talent for graphic arts. In 2004, she and Chad founded Spring Creek Book Company, and Tammy wore many hats as their company grew, juggling her role as Chief Financial Officer with designing book covers. She was the true backbone of the company, and she was proud of the dozens of books the company published over the years.

In 2015, the family moved to Salem, Idaho and she became the assistant librarian at Madison Middle School. She later became the librarian at Central Elementary School in Sugar City, Idaho. She was treasured and loved by the staff and students alike.

She served in numerous capacities in the Church of Jesus Christ of Latter-day Saints, including as Stake Girls Camp Director and as Young Women President. She also served in Relief Society and Primary presidencies. She loved the women and girls she was privileged to serve with.

Tammy’s true focus throughout her life was her family, from serving a delicious dinner each Sunday to remembering every birthday and holiday with gifts. She also loved all sorts of animals, but she especially loved Indian runner ducks. She also raised pigeons, chickens, cats, and rabbits, knowing each one by name. She loved gardening, cooking, and playing games with the family. Her laugh will be remembered and cherished.

Tammy is survived by her husband and five children: Garth Daybell, Emma (Joseph) Murray, Seth (Makayla) Daybell, Leah (Adam) Murphy, and Mark Daybell, who is serving an LDS mission in Johannesburg, South Africa. She was a doting grandma to Chase Murray and Jordan Murphy, with a third grandson, Oliver Daybell, on the way.

She is also survived by her parents Ron and Phyllis Douglas, and four siblings: Michael (Kiffon) Douglas, Samantha (Jason) Gwilliam, Matthew (Cherylyn) Douglas, and Benjamin (Kelsie) Douglas, and numerous nieces and nephews who loved her dearly.

Funeral services will be held Tuesday, October 22, 2019 at 11 a.m. in the Spring Creek 6th Ward Chapel located at 860 East 200 North in Springville, Utah. A viewing will be held on Monday evening from 6 to 7:30 p.m. at that location. Interment will be in the Springville Evergreen Cemetery.

To send flowers to the family or plant a tree in memory of Tamara Michelle Daybell (Douglas), please visit our Heartfelt Sympathies Store.

We encourage you to share your most beloved memories of Tamara here, so that the family and other loved ones can always see it. You can upload cherished photographs, or share your favorite stories, and can even comment on those shared by others. 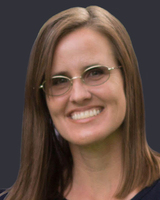 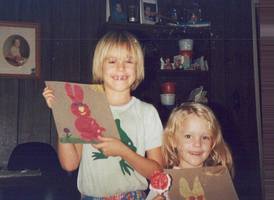 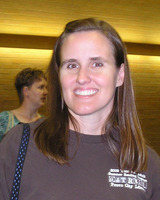