To share your memory on the wall of Teresa Mati, sign in using one of the following options:


Teresa lived a fulfilling life. Growing up in Brooklyn New York with her older sister Carolina, and younger brother Gioacchino, she developed a cheerful and straightforward outlook and attitude that would serve her throughout her life. She inspired many people with her smile, incredible cooking, kindness, unconditional love, charity, selflessness, tenacity, strength, faith, beauty, positivity, bluntness, a way to see the good in all situations and people, and many more rare qualities you might find in a person. Teresa loved unconditionally. She loved her four kids, two grandchildren, husband, in-laws, dog, neighbors, friends, friends of friends, people she’d met the same day (or minute), teachers, co-workers, and always gave the benefit of the doubt to the very few that could do her harm. Any person that knew Teresa will tell you she was a selfless source of light, happiness, and love.


In her early teenage years, she moved to Sicily, Italy with her family, where she would attend high school and eventually join the Church of Jesus Christ of Latter-Day-Saints. Throughout her young adult years in Italy she studied multiple languages, including Italian and French. She loved doing family history research and helping others know their heritage and lineage. While in Italy, she developed a skill that would define her for years to come - her cooking. She had a gift when it came to cooking meals. Her innate culinary skill became clear when friends and colleagues would make special orders directly from her home kitchen.


During her early 20’s she served an LDS mission in Italy, where she met Massimo Mati, who she would later marry in 1992, at the age of 25. While living in Italy, Teresa and Massimo had two sons. Shortly after, they moved to the United States in 2000, and had two daughters in 2005, and 2007.


Teresa had many friends. She was a great teacher of life and wisdom. Until her health condition made it impossible, she would often be found hiking in the mountains, running around town with her kids, shopping, cooking, writing encouraging words on social media, blasting music out of her car, or hanging out with her close friends and neighbors.

Condolences can be made at legacyfunerals.com

There will be a live stream broadcast of the service by the mortuary on our Legacy Funerals and Cremations Facebook page.

To send flowers to the family or plant a tree in memory of Teresa Mati, please visit our Heartfelt Sympathies Store.

Receive notifications about information and event scheduling for Teresa

We encourage you to share your most beloved memories of Teresa here, so that the family and other loved ones can always see it. You can upload cherished photographs, or share your favorite stories, and can even comment on those shared by others.

Marisa Ormando a.k.a MO sent flowers to the family of Teresa Mati.
Show you care by sending flowers

Posted Jul 14, 2020 at 08:23pm
I met Teresa when the schools closed and we lunch ladies were handing out lunches at the junior high. She immediately struck up a conversation, and I looked for her everyday, and always took a few extra minutes to chat with her,she always made me smile, and I was able to make her smile too, we just made instant friends and on the days she didn't show up, I worried and missed her, and was happy to see her the next day. In just a few short minutes a day over the course of two and a half months, I found a wonderful caring friend that gave me hope that things will get better. I was in tears when I heard of her passing and want to send my love and condolences to Teresa's family, she loved you all very much. Rest in peace my friend, and see you on the other side ♥ Debbie Messick
Comment Share
Share via:

Posted Jul 13, 2020 at 11:22am
My dearest Teresa we will miss you dearly but stand comforted in our testimony of the gospel that teaches us that families will be reunited in Heaven. I remember the first time you and I talked (before Jack and I even were friends) it was on the 1st of May at San Martino delle Scale in Sicily; we raced with other members of the church and after the race you came to me and said "you are fast". You were engaged and soon to be married to Massimo but we met up on a few other church occasions (like at the Luppina's summer home) and enjoyed each other's company. We both liked to do missionary work wherever we were, and enjoyed inviting others to join us in church. I have always admired your vivacity and strength. You are one heck of a fighter! I know you are in great company right now and that you are free from pain and suffering. Love you tons you will be missed, till we meet again.
Comment Share
Share via:
MM

Posted Jul 12, 2020 at 07:36pm
Teresa was like a sister to me and had the biggest brightest heart; may we play & dance again my dear childhood friend with love & remembrance. 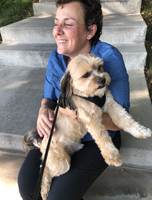 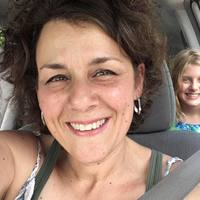 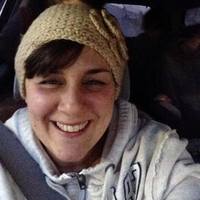