To share your memory on the wall of Terry Bredesen, sign in using one of the following options:

Print
Terry Lynn Bredesen passed away Tuesday June 4th at his home in Springville. He was born May 6th, 1952 in Provo Utah, to Bill and Mary Bredesen. He was the youngest of four children.

He attended school in Springville Utah. He continued... Read More
Terry Lynn Bredesen passed away Tuesday June 4th at his home in Springville. He was born May 6th, 1952 in Provo Utah, to Bill and Mary Bredesen. He was the youngest of four children.

He attended school in Springville Utah. He continued his education in Auto Body at Utah Valley Technical College, which was also a lifelong hobby.

Besides spending time with his family, his greatest joy in life was Hot Rods and Car Shows. He spent countless hours in his garage rocking the oldies working on cars. He scabbed for years and years to earn extra money and traded work for parts to build his dream cars. He made many friends over the years with his passion for Hot Rods.

Terry lived his whole life in Springville, UT. He worked most of his years at McNally’s and Geneva Steel. He worked hard to make sure his family’s needs were met before ever taking anything for himself.

He is also known in several local coffee shops, where he and his buddies would stay up on the latest “man” gossip. His daughters thank all his friends for keeping track of him.

Terry is survived by his sisters Sandy (Mark) Rasmussen and Beth (Rodney) Madsen and one sister in law Annette Harward, along with several nieces and nephews. He is also survived by his first wife Joyce Johnson Nelson (Brenda).
He is proceeded in death by his parents Bill and Mary, and his brother Douglas Harward.

A graveside service will be held Friday June 7th at 2:00 pm in the Provo City Cemetery, 610 South State Street in Provo, UT.

Condolences may be sent to https://www.legacyfunerals.com
In Liew of flowers donations can be made to Shriners Hospitals for Children; Donate.lovetotherescue.org.
Read Less

To send flowers to the family or plant a tree in memory of Terry Lynn Bredesen, please visit our Heartfelt Sympathies Store.

We encourage you to share your most beloved memories of Terry here, so that the family and other loved ones can always see it. You can upload cherished photographs, or share your favorite stories, and can even comment on those shared by others.

Your Ball Goodyear Family sent flowers to the family of Terry Lynn Bredesen.
Show you care by sending flowers

Posted Jun 06, 2019 at 06:38pm
Terry was a good friend for many years, from our stock car days at suntana raceway up to taking pictures of my grandkids in his purple ford coup, I will miss him dearly, rest in peace my good friend. Posted Jun 06, 2019 at 10:04am
Terry Bredesen, I love and I will miss you, gone from sight but not from my hearts.Rest in peace
Comment Share
Share via:
SW

Posted Jun 06, 2019 at 12:21am
Iv enjoyed to know Terry over the years he has had love for the old cars and planning the next new project. I enjoy to get know terry at my shop a few years he always had great ideas on changes or upgrade to see a new way to make things personal. Glad to have Terry for friend. Thanks Steve Whitlock
Comment Share
Share via:
YF

Posted Jun 05, 2019 at 05:15pm
With heartfelt condolences and our deepest sympathies. 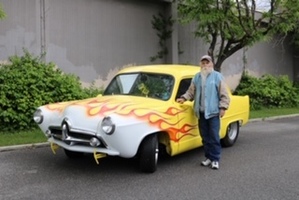 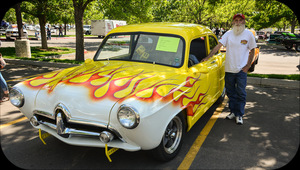