To share your memory on the wall of Van Canann, sign in using one of the following options:

Provide comfort for the family of Van Canann with a meaningful gesture of sympathy.

“Hello, My Friend” was Van’s phone greeting to everyone for over 40 years.

“Hello, My Friend” was Van’s phone greeting to everyone for over 40 years.

Van was born October 28, 1941 in Santa Monica, California, as the eldest child of Howard Van Pelt and Gae Sorensen Canann. His full name is Howard Van Pelt Canann II. He spent the first 10 years of his life in Long Beach, California and then they moved to the San Francisco area.

Van graduated from San Rafael High School and went on to college at Brigham Young University. He served a mission after his first year of college in the Spanish America Mission, serving mostly in Texas.
He met Georgia Ann Olsen at the BYU Campus Movies where both were working. They married in May 1962 in the Salt Lake City Temple.

Van was an avid scouter from cub scout age and received Eagle rank. All six of his sons also achieved the rank of Eagle. He served as scout master, cub leader, and committee chairman. He also was the recipient of the Silver Beaver Award.
Van received his BS degree and teaching certificate in 1964 from BYU and became an LDS Seminary teacher in Pocatello and Blackfoot, Idaho. He really liked the teaching environment in Seminary.

On a summer job as a policeman in Idaho, he found a new interest. He proceeded from this small summer experience and found a special program in Detroit, Michigan, for training police administrators. He was hired in 1969 and advanced through numerous experiences including: patrolman in Detroit, undercover work, plain clothes investigations, Sergeant, detective and Wayne County Task Force.

From this experience, he was hired by the state of Illinois as a special agent in the Illinois Bureau of Investigations. He was asked, when he was going to do drug buying undercover, “if you don’t smoke, drink or even curse, how can you buy drugs undercover?” However, he was able to make the largest heroin purchase (bust) up to that date.

He also was a police chief in central Illinois and was successful in moving drug selling and use out of the county and solving many older crimes.

During the time Van was working as an agent, the family lived in Illinois and loved the experience of homesteading with small farm animals and rural living.

In 1981, the family moved to Oklahoma City where Van was a manager of a plastics fabrication company. He eventually opened his own alarm business there. In 1994, Van’s family moved to Payson to care for his in-laws, George and Reba Olsen.

Van served on the Payson City Council from 1996-1999 and loved working with the city employees and council members.
He also opened his own business, Counter Strike Investigations as a licensed Private Investigator until his retirement in 2013.

Van was active in the Church of Jesus Christ of Latter-Day Saints holding positions in a stake presidency, serving as bishop three times, high council, scoutmaster, teacher and more.

To send flowers to the family or plant a tree in memory of Van Canann, please visit our Heartfelt Sympathies Store.

Receive notifications about information and event scheduling for Van

We encourage you to share your most beloved memories of Van here, so that the family and other loved ones can always see it. You can upload cherished photographs, or share your favorite stories, and can even comment on those shared by others.

Janet Sorensen Hunt, Debbie Banz, and others have sent flowers to the family of Van Canann.
Show you care by sending flowers

Guaranteed hand delivery by a local florist
I

Posted Feb 16, 2019 at 01:39am
Our love and condolences to Georgia and the family. Van was such a great man. He was a great friend to my dad , Gustavo. A true minister here on earth. Prayers and lots of love.
The Day Family and Gustavo Reyes
Comment Share
Share via:
JH

Posted Feb 14, 2019 at 03:37pm
Hugs & prayers to all. Van was my oldest cousin and he truly lead our family & stood for all things great. With love, Jim and Janet Sorensen Hunt

Posted Feb 14, 2019 at 02:46pm
With loving memories of "Van Canann", I can never forget this special man and his gift to my dad of tracking down his World War II medals.

Posted Feb 14, 2019 at 12:11pm
We are so sorry for your loss,Georgia. Our thoughts and prayers are with you and your family. He was always kind and thoughtful to us and to Shane.

Posted Feb 14, 2019 at 10:36am
Georgia, this is Barbara Tanner Gibson. I saw this today and wanted to express sympathy to you and your family at this hard time. He sounds like a wonderful man. My husband and I now live in Lindon. I have great high school memories of you.
Comment Share
Share via: 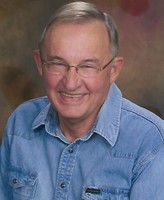