To share your memory on the wall of Vera Dee Adams, sign in using one of the following options:

She was born on November 13, 1933, in Lakeshore, Utah, the daughter of Albert Leo Rose and La Vera Graves. She was the ninth of... Read More
Vera Dee Rose Adams, 85, of Springville passed away on Thursday, January 10, 2019 at Utah Valley Hospital.

She was born on November 13, 1933, in Lakeshore, Utah, the daughter of Albert Leo Rose and La Vera Graves. She was the ninth of twelve children.

She has now been reunited with her sweetheart Perry C. Adams who she has dearly missed for the last 35 years. They were married May 16, 1951 in the Manti Temple.

Perry and Dee made their first home in Orem, Utah where Christine and Steven were born. They later moved to Lehi where they welcomed Laura Lee and Perry. They moved to Provo, Utah where Cheryl, Willis, Julie, James, Angela, and Sharmane were born. They moved to Springville in 1980. Perry died October 9, 1983. Dee finished raising James, Angela, and Sharmane. Dee received her GED while James and Angela were in High School, going to night classes.

Dee was a member of the Church of Jesus Christ of Latter Day Saints and served in many church callings throughout her life including, Primary Presidency, Relief Society Presidency, Librarian, and a variety of teaching positions.

In addition to being a mother and an incredible homemaker, Dee loved gardening, sewing, canning, and quilting. Dee loved visiting her children and being a part of their lives. When she couldn’t be with them, she served them in other ways, such as the Levi quilts she made for each grandchild that will always be treasured.

Her first real job other than being Mom was at Kara Chocolate. She made some great friends there, especially Carol and Rada. She later worked for WDS doing demonstrations at Costco in Orem.

Condolences can be offered online at www.legacyfunerals.com.
Read Less

To send flowers to the family or plant a tree in memory of Vera Dee Adams, please visit our Heartfelt Sympathies Store.

Receive notifications about information and event scheduling for Vera Dee

We encourage you to share your most beloved memories of Vera Dee here, so that the family and other loved ones can always see it. You can upload cherished photographs, or share your favorite stories, and can even comment on those shared by others.

Posted Jan 20, 2019 at 12:01am
Heaven has gained another shining star. Such amazing lady. She will be greatly missed. Big hugs to everyone
Comment Share
Share via:
RP

Posted Jan 18, 2019 at 10:34am
We didn't know your mom, but it is obvious that she was very special to have had a daughter like you, Cheryl. May she rest in peace for a job well done.
Comment Share
Share via:
HS

Posted Jan 17, 2019 at 12:51pm
we sent our deepest sympathy, prayers and love to the family. We are all so blessed to have aunt Dee in our heart and lives/Doug and Pat Johnson
Comment Share
Share via:
HS

Posted Jan 15, 2019 at 08:29pm
Keeping your family in my prayers at this time. Loved your mom. She was such a gentle soul and kind-hearted woman. She will be deeply missed.
Tracy Rose
Comment Share
Share via: 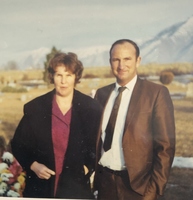 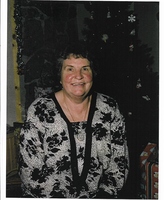 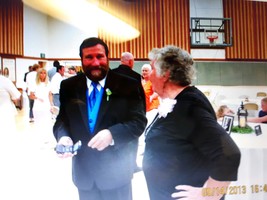 Steve and Mom
Mom and Perry
Mom
Mom and James
Nan and Mom
Mom making friends
Mom hitting the trail in a wagon
10
4
+6
Add Photos
Upload up to 10 images at a time, max 8MB each