To share your memory on the wall of William Pace, sign in using one of the following options:

In high school, Bill Pace was the guy to know! He served as student body president and Boys State representative. Although you don’t have to search too hard to find a story of Bill being a tease, he was well loved in high school. He kept in touch with many classmates for over 60 years! He and Helen traveled to Nevada countless times for reunions, funerals, and celebrations with old friends. He has always been good at making everyone think that they were his favorite person. Bill was also the star of both the football and basketball teams at Lincoln High. When grandkids came along, he started his own backyard basketball team called “The Winners,” who claim a 35 year undefeated championship over “The Whiners.”

The best thing to happen for him in high school was meeting his lifelong companion, Helen Rollie. On November 2, 1951 they were married in Orem, Utah and began a long and happy life together. They had four children: Laurie Lee, Teresa Ann, William Todd, and Lisa Kaye. Bill’s employment caused them to move around Nevada and Utah quite a bit until they landed in Ferron, Utah. Ferron became home. They built a beautiful home that became a magnet for friends, family, missionaries, teenagers, lonely people, pool players, cows, kittens, and a chocolate chip eating mouse. Both in the expert craftsmanship and the careful spirit that was cultivated in their home, Bill and Helen successfully created a safe place where all felt welcome. Because he built it with his own two hands, Bill took great pride in their home. He could almost always be found working on his land, caring for his cows, or harvesting something from his massive garden. For 68 years, Bill and Helen worked side by side. He harvested, she bottled. He built, she painted. She baked, he delivered. He wore it out, and she patched it up. Together, there was nothing they couldn’t do.

Bill was no stranger to hard work. He started his first jobs in elementary school working at the local grocery store and delivering milk around Caliente. He gave every penny to his mom, and together with her small savings, they were able to buy their first car. He later worked for the Union Pacific Railroad as a switchman and a fireman. As a young man, his Uncle Claud gave him a chance to work for him. His first assignment was to drive a huge truck with no experience. He was told if he could make it until noon with no mistakes, he could have the job. Bill combined his trademark stubbornness with his natural understanding of all things mechanical, and he landed the job. He went on to drive trucks hauling heavy machinery, work all over Utah in various construction capacities, and work as the superintendent of maintenance at the Hunter Power Plant. Bill was willing to go anywhere and do anything to take care of his family. Helen remembers that he only took a handful of sick days in 50 years of hard work. He acquired many skills through all of his different jobs, and of course, he found a way to use his skills to serve others. He should be awarded a bunch of honorary Eagle Scout awards for all of the young men he taught to pour cement, build signs and fences, and install lighting.

Bill loved his Heavenly Father, and willingly served within the Church of Jesus Christ of Latter-day Saints in many capacities. He served as elder’s quorum president, bishop, and twice in the stake presidency. Together, Bill and Helen served as missionaries in Adam-ondi-Ahman, Missouri. He loved the work and was grateful to be able to serve a mission. Upon returning, they served for 10 years in the Manti Temple. While there, Bill was called by President Faust to serve a sealer. He was able to seal countless couples, including many of his own grandchildren. He was eager and willing to share his testimony of temple work, and loved serving there more than any other assignment within the church. He finished his service at the temple by serving in the presidency, which was a calling that required much of him physically, mentally, and spiritually. He willingly gave all he had.

Bill will be fondly remembered for his big smile, big handshake, big red work truck, big garden, and big bowls of ice cream. Whether you called him Dad, Papa, Bishop, President, boss, neighbor, or friend, he probably took up some big space in your heart. When you find yourself missing Bill Pace, find yourself a Snicker bar, eat it, and blame it on the mouse. Don’t worry, our lips are zipped.

Bill was preceded in death by his father, Lee W. Pace, his mother, Laura Calvert Pace, and his two brothers, Gordon Pace and Cliff Pace. He was the last surviving member of his family.

Memorial services will be Friday, September 27, 2019 at 1:30. A time for visiting with the family will precede the memorial from 11:30 – 1:15 at the Millsite Chapel (35 West 200 North). Interment will be in the Ferron Cemetery prior to the Memorial at 11. Services are in the care of Fausett Mortuary. Friends and family may sign the guest book and share memories of Bill at www.fausettmortuary.com
Read Less

To send flowers to the family or plant a tree in memory of William Calvert Pace, please visit our Heartfelt Sympathies Store.

Receive notifications about information and event scheduling for William

We encourage you to share your most beloved memories of William here, so that the family and other loved ones can always see it. You can upload cherished photographs, or share your favorite stories, and can even comment on those shared by others.

Posted Sep 27, 2019 at 12:31am
With our love to the Bill & Helen Pace Family. We express our most heart felt condolences to Helen and Kids. Bill will remain in our hearts forever!

Posted Sep 24, 2019 at 09:58pm
Wishing you peace to bring comfort, courage to face the days ahead and loving memories to forever hold in your hearts.

Posted Sep 24, 2019 at 02:38pm
I'll never forget his handshake! He helped me with my eagle project 25 years ago. It's still standing today at the rodeo grounds entrance. My sympathies to Helen and his entire family. A gentle giant he was.
Comment Share
Share via: 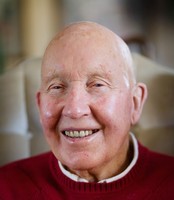